WICKED, “one of the most successful musicals of all time” (BBC News), today (18 November 2022) announces a major 10-city 2023-2025 UK & Ireland Tour. Opening at the Edinburgh Playhouse on 7 December 2023, the spectacular, multi-record-breaking and critically acclaimed touring production will then travel to Bristol, Birmingham, Bradford, Southampton, Liverpool, Dublin, Sunderland, Cardiff and Manchester, where it will conclude at the Palace Theatre for Christmas 2024/5. The West End and Broadway musical phenomenon, which tells the incredible untold story of the Witches of Oz, continues its open-ended run at London’s Apollo Victoria Theatre, where it has already been seen by more than 11 million people and is now in its 17th year. 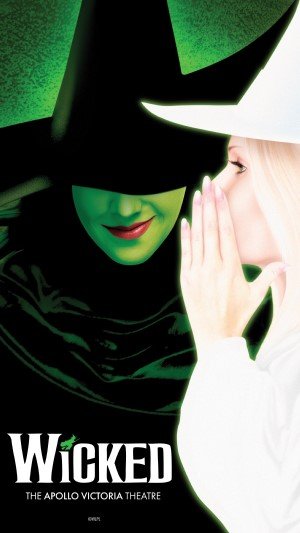 With a huge touring cast, orchestra, company and crew of 82 people, plus an additional 20 people employed in each city, “the blockbuster stage show” (Edinburgh Evening News) played to sold-out audiences during two previous tours of the UK & Ireland, winning the BroadwayWorld UK Award for ‘Best Touring Production’. Casting to be announced.

Michael McCabe, Executive Producer (UK & Ireland) of Wicked, said:  “We’re delighted to be embarking on this third tour of the UK & Ireland and taking Wicked back to 10 incredible theatres in England, Scotland, Wales and the Republic of Ireland where sold-out audiences previously greeted us so ecstatically. We’re excited to have this opportunity to share once again the spectacle, magic and emotion that has created unforgettable memories for audiences everywhere.”

Performance and on-sale dates are listed below.

Tickets on public sale in 2023

“This is the ultimate Broadway experience for theatre audiences all over the UK.”

The Northern Echo: “No expense has been spared – with the incredible set, spectacular costumes, perfect lighting and a wonderful orchestra – this is every bit the West End Show.”

Worcester News: “You could be in a Broadway theatre! ‘Wicked’ is one of the best touring productions ever to come to the city.”

Bristol Post: “Wicked is showing every touring musical how it should be done. The production values are incredible – this is every bit the West End show.”

The Reviews Hub: “Every aspect of the show, from the costumes to the performances, oozes top-notch entertainment value. This is every bit the West End show.”

South Wales Argus: “The West End smash flew into town and totally ripped up the rule book that states touring shows should somehow be second rate to London or Broadway. This interpretation is truly phenomenal.”

Scottish Daily Record: “A global sensation” (Independent), Wicked has already been seen by more than 60 million people worldwide and 2023 marks the 20th Anniversary Year of its Broadway premiere. Productions continue on Broadway, in the West End and on tour across North America. Wicked will also return to Sydney, Australia and Tokyo, Japan in 2023.

Wicked features songs by multi-Oscar and Grammy Award winner Stephen Schwartz (Godspell, Pippin, The Prince of Egypt, Disney’s Pocahontas, The Hunchback of Notre Dame and Enchanted). It is based on the multi-million copy best-selling novel Wicked: The Life and Times of the Wicked Witch of the West by Gregory Maguire and written by Emmy and Tony Award nominee Winnie Holzman (creator of the landmark American television series My So-Called Life). Musical staging is by Tony Award-winner Wayne Cilento with direction by two-time Tony Award-winner Joe Mantello.

'Look anyone will tell you, I’m a pretty straight sort of guy.' Tony Blair A reckless reappraisal of the life of former Ugly Rumours front man and … END_OF_DOCUMENT_TOKEN_TO_BE_REPLACED

Michael Harrison and the Really Useful Group are thrilled to announce that The Wizard of Oz, the musical based on the iconic story by L. Frank Baum, … END_OF_DOCUMENT_TOKEN_TO_BE_REPLACED

Following major demand for tickets, the Queen of comedy Dawn French has announced a host of new UK tour dates for her critically acclaimed live … END_OF_DOCUMENT_TOKEN_TO_BE_REPLACED