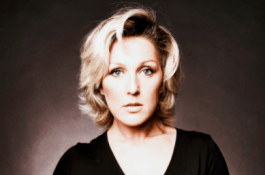 As IL DIVO are preparing to return to Europe in September with their stunning new show, “A Musical Affair”, the band have announced that Mazz Murray will join the band on the following tour dates as special guest star:

Mazz Murray is popular for her 7-year tenure as the “Killer Queen” in the West End production of We Will Rock You.

Mazz Murray has worked extensively in theatre and TV having starred in many productions in London and all over the UK including “RENT”, “BOOGIE NIGHTS”, “SMOKEY JOE’S CAFÉ”, “FAME”, “ONLY THE LONELY”, “PIPPIN” and “A GIRL CALLED DUSTY” documenting the life and times of the late Dusty Springfield.

Mazz Murray said: “I’m thrilled to be joining IL DIVO as they continue their “Musical Affair” tour world-wide. Having been involved in musical theatre since I was a child, it’s an honour to be a part of this exciting show performing songs from the worlds’ greatest musicals”.

'Look anyone will tell you, I’m a pretty straight sort of guy.' Tony Blair A reckless reappraisal of the life of former Ugly Rumours front man and … END_OF_DOCUMENT_TOKEN_TO_BE_REPLACED

Michael Harrison and the Really Useful Group are thrilled to announce that The Wizard of Oz, the musical based on the iconic story by L. Frank Baum, … END_OF_DOCUMENT_TOKEN_TO_BE_REPLACED

Following major demand for tickets, the Queen of comedy Dawn French has announced a host of new UK tour dates for her critically acclaimed live … END_OF_DOCUMENT_TOKEN_TO_BE_REPLACED