There’s magic brewing on the West End once more. A vaudevillian journey of illusion, with performers at the cutting edge of their art, Wonderment is set to astonish audiences this summer at the Palace Theatre. This fun night for all the family must be seen to be believed. 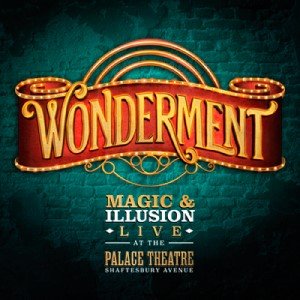 Wonderment brings together some of the greatest illusionists live on stage in breath-taking displays of magic and illusion that will electrify, surprise and delight. Taking to the stage will be the multi-award-winning mind reader and TV star, Chris Cox, and the most talked about woman in magic, Josephine Lee.

Chris Cox has had sold-out UK tours and runs at Fringe Festivals from Edinburgh to New Zealand, and is no stranger to the Palace Theatre as the Magic and Illusions Assistant for Harry Potter and the Cursed Child. Josephine Lee took the magic world by storm after her appearance on Britain’s Got Talent in 2017. Her dynamic and modern spin on illusion saw her act hit millions of views overnight.

Both stars of The Illusionists which has played on Broadway, the West End and across the globe, as well as Impossible which travelled from the West End on to a world tour, Josephine and Chris are only the first incredible artists to be announced. Five acts will showcase their awe-inspiring talents at every performance and the rest of the line-up will soon be announced.

Director, Annabel Mutale Reed comments, ‘It’s an absolute privilege to be creating Wonderment with world-class magicians, who are bringing their greatest illusions to the West End this summer. Audiences have been making memories at The Palace Theatre for 130 years, and we are delighted to be filling its stage with a vibrant 2021 twist on an old-fashioned variety show.‘

Wonderment is an exhilarating, mind-bending show that really has to be seen to be believed, all under the roof of what was once described as ‘The Handsomest Music Hall in Europe’!

Wonderment producer, Stephen McGill comments, ‘We are so excited to bring some magic and wonder to the West End again, which we know has been sorely missed during this difficult last year. Our fun-packed family show is full of magic, illusion, and comedy. It promises some old-fashioned entertainment with some innovative, fresh, contemporary style and exceptional performers. We hope it will cast a spell over our audiences and fill them with Wonderment!‘

Nica Burns comments, ‘Wonderment: fantastic and fantastical, full of surprises and marvel. Hugely entertaining. A perfect summer show for all. Just the tonic.‘

The Walt Disney Company UK and Ireland has today announced the full cast for the UK and Ireland tour of the landmark musical THE LION KING, including … END_OF_DOCUMENT_TOKEN_TO_BE_REPLACED

A young Jewish physicist and an activist poet meet at a party and fall in love. As society splinters around them, the couple’s struggle to survive … END_OF_DOCUMENT_TOKEN_TO_BE_REPLACED