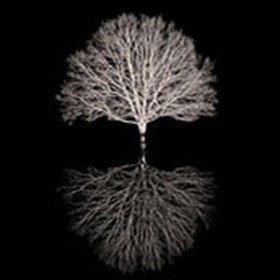 Donmar Warehouse announce full casting for the UK premiere of Elegy by playwright Nick Payne. Directed by Artistic Director Josie Rourke, the full cast is Barbara Flynn as Carrie, Nina Sosanya as Miriam and Zoë Wanamaker as Lorna, returning to the Donmar stage. Elegy starts previews from 21st April 2016 and imagines a very-near future in which radical and unprecedented advances in medical science mean that it’s now possible to extend life.

What if every neuron in the human brain could be mapped and decoded? Every act of human behaviour catalogued and wholly understood? Through the beautiful and moving story of three women who’ve made the choice between love and survival, Elegy explores a world in which the brain is no longer a mystery to us. But at what cost?

Josie Rourke (Director) is Artistic Director of the Donmar Warehouse where she has directed The Cryptogram, World Music, Frame 312, The Recruiting Officer, The Physicists, Berenice, The Weir (which transferred to Wyndham’s Theatre), Coriolanus (broadcast to cinemas around the world in partnership with National Theatre Live), Privacy, City of Angels (Olivier Award Winner – Best Musical Revival), The Vote, broadcast live on More4 during election night 2015 to an audience of half a million, and the current acclaimed production of Les Liaisons Dangereuses, which will be broadcast live in cinemas on 28 January in partnership with National Theatre Live. In 2013 she directed The Machine, a new play by Matt Charman, as part of the Manchester International Festival, which also played at Park Avenue Armory, New York.

Barbara Flynn (Carrie) returns to the Donmar having previously appeared in Versailles and The Bullet. Her theatre credits include Copenhagen and Hamlet (Sheffield Crucible), The Revenger’s Tragedy and King Lear (National) and An Experiment with an Air Pump (Hampstead). Flynn’s many television credits include the title role in Pat & Cabbage, The Borgias, Cranford, New Tricks, The Queen, Cracker and Open All Hours. Her film credits include 1864 and Miss Potter.

Nina Sosanya (Miriam) returns to the Donmar having previously appeared in The Vote, Privacy and The Vortex. Theatre credits include The Young Chekov Season (Chichester Festival Theatre), Apologia (Bush), Love’s Labour’s Lost and As You Like It (RSC), Cat on a Hot Tin Roof (Novello Theatre) and Fix Up (National). On television she has appeared in W1A, Last Tango in Halifax, Silk, Shetland, Wizards vs Aliens, Treasure Island and her film credits include Manderlay and Love Actually.

Zoë Wanamaker (Lorna) returns to the Donmar having previously appeared in Boston Marriage, The Glass Menagerie and her Olivier Award-winning performance in the title role of Electra. Her most recent stage credits include Harlequinade (Garrick Theatre) and Stevie (Hampstead). Other theatre credits include the National Theatre productions of The Cherry Orchard, Much Ado About Nothing and The Rose Tattoo, and Passion Play (Duke of York’s Theatre) and All My Sons (Apollo). On Broadway Zoë has received Tony Award nominations for her performances in Piaf, Loot, Electra, and Awake and Sing. Television credits include My Family, Poirot, Doctor Who and Mr. Selfridge, and film roles include Harry Potter and the Philosopher’s Stone, My Week with Marilyn and Wilde.