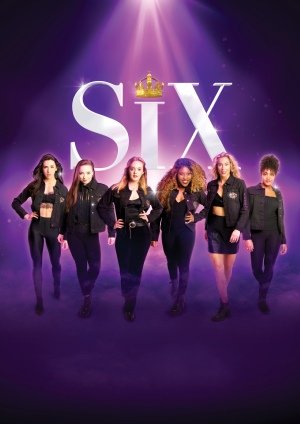 SIX opens its nine-month UK tour at the Yvonne Arnaud Theatre, Guildford on 24 October 2019, visiting 33 venues until 25 July 2020, including a Christmas season at The Lowry Quays Theatre from 3 December 2019 to 5 January 2020.

The SIX phenomenon shows no sign of abating. Two years to the day since the show premiered as a student production at the Edinburgh Fringe Festival, SIX announced its Broadway transfer to the Brooks Atkinson Theatre in New York following sold-out runs in Chicago and Boston. Back in London where SIX continues to sell every seat for every performance at the Arts Theatre, the show was nominated for five 2019 OIivier Awards, including Best New Musical, Best Choreography and Best Costume Design. The show will open at the Sydney Opera House in January and is due to reopen in Chicago next summer. Productions are being planned for China, Japan, South Korea and Canada.

From Tudor queens to pop princesses, SIX sees the six wives of Henry VIII take to the mic to tell their own personal tales, remixing five hundred years of historical heartbreak into an 80-minute celebration of 21st-century girl power. The songs from the show have proved to be a chart storming sensation racking up 50 million streams and adding 300,000 daily. Ann Boleyn’s song ‘Don’t Lose Ur Head’ has been shared over half a billion times on the TIK TOK app.

These Queens may have green sleeves, but their lipstick is rebellious red. Think you know the rhyme, think again… Divorced. Beheaded. LIVE!

WINNER! BEST ENSEMBLE IN A PLAY OR MUSICAL
The BroadwayWorld Awards 2018

WINNER! MUSICAL OF THE YEAR
The Spy in the Stalls Awards 2018

Further dates for 2020 still to be announced!