After four sell-out tours, Hot Flush the Musical returns to the stage in 2019 – for the first time in five years – with a major UK Tour, kicking off at the New Theatre Royal Lincoln on Thursday 12 September 2019.

Meet Myra, Sylvia, Helen and Jessica aka The Hot Flush Club, hitting the menopause years disgracefully. Share in the friendships and secrets, the laughs, the tears and the ups and downs of four ordinary women – and one man – living extraordinary lives.

Myra’s a successful divorce barrister whose rat of a husband has left her for a “blonde bimbo”. Jessica’s struggling in the midst of a mid-life crisis, while Sylvia has been married to Joe since she was 20… and been bored since she was 21! Helen, a widow, is trying to take one day at a time; it’s just that sometimes, several days hit her all at once.

More fun than joining a gym and cheaper than Botox, Hot Flush should be available on prescription! Forget the Brexit blues and get your girlfriends together for this not-to-be-missed night out at the theatre. And bring your man along as well… you’ll all love this outrageously funny and charming show. 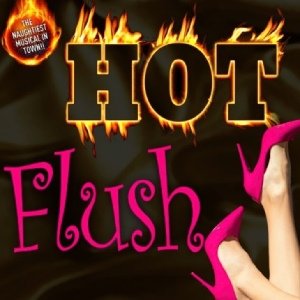 Su Pollard (‘Helen’) is perhaps best known for her role as Peggy in the BAFTA Award-winning sitcom Hi-de-Hi! which ran for 8 years on primetime BBC. She co-starred in You Rang M’Lord? and Oh Doctor Beeching!. She has appeared on countless other TV programmes including Gimme Gimme Gimme, Benidorm and Hacker Time and was honoured to be the subject of This Is Your Life. For radio, Su starred alongside Gorden Kaye in 5 series of For Better Or for Worse on BBC Radio 4 and has provided voices for Penny Crayon, The World of Peter Rabbit and Friends, Amelia-Jane, Jackanory and Little Robots.

Su has also performed in numerous shows in London’s West End, including: Godspell, Me and My Girl, Don’t Dress for Dinner, Menopause the Musical and Shout!. She has toured the UK and beyond in Grease, Sweet Charity, Little Shop of Horrors and Annie and in 2018 starred at the Edinburgh Fringe Festival in the one-woman show, Harpy.

Her credits in the world of music include a hit single, Starting Together, as well as her own album Su Pollard – The Collection which reached number two in the UK charts! Su is a true star of Pantomime and later this year can be seen playing Queen Rat in Dick Whittington at the Wolverhampton Grand.

Melanie Gutteridge plays ‘Sylvia’. Melanie’s television credits include The Bill, which she starred in for three years as PC Emma Keane, and Not Going Out. Her stage roles include UK tours of Abigail’s Party and Spider’s Web as well as The Secret Rapture in the West End.

Helen Pearson (‘Myra’) has enjoyed an extremely varied career working extensively in repertory theatre, the London Fringe and the West End as well as film and television. She was a series regular in EastEnders playing April McIntosh and in Emmerdale as Carol Wareing and is probably best known for her portrayal of Frankie Osbourne in Hollyoaks, a role which she played for over 15 years.

Matt Slack returns to Hot Flush playing all nine male characters in the show! His TV credits include EastEnders (PC Greg Preston) and Casualty. Matt started out as a blue coat for Pontins in 1993. He then had first taste of TV as co-presenter on West Country TV’s Club 22.45 with Nick Owen. This was shortly followed by the role of Nigel Spume in the CITV children’s series, Dr Zargle. He is a Panto regular having appeared at the Birmingham Hippodrome for six consecutive years and has headlined a host of Summer Season shows. Musical theatre roles include the lead role of Roddy in the UK tour of Boogie Nights and he has featured in the UK tour of Blood Brothers.

The producers and creative team are delighted to announce a new booking period for the West End production of the Tony, Grammy and Olivier … END_OF_DOCUMENT_TOKEN_TO_BE_REPLACED

Having had to shut down the production of Bruce Norris’ seminal play Clybourne Park at final dress rehearsal in March 2020, Trish Wadley Productions … END_OF_DOCUMENT_TOKEN_TO_BE_REPLACED

9 to 5 The Musical Celebrates DOLLY PARTON Being Awarded 47 New Gold and Platinum Certifications. As the UK Tour recommences Dolly Parton’s 9 to 5 … END_OF_DOCUMENT_TOKEN_TO_BE_REPLACED