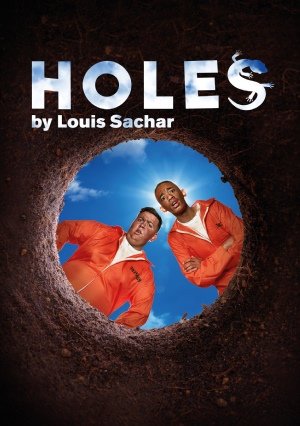 The Children’s Theatre Partnership (CTP) and Royal & Derngate, Northampton are to present a UK Tour of the Nottingham Playhouse production of “HOLES”, written by Louis Sachar and directed by Adam Penford.

“HOLES” is an inventive new stage show based on the multi-award-winning novel and blockbuster film of the same name. It is a thrilling off-beat comedy adventure which tells the story of Stanley Yelnats, who is born into a family cursed with bad luck and finds himself accused of a crime he didn’t commit.

Sent to a labour camp as punishment, he is tasked with digging one hole, five-foot wide by five-foot deep, every day. He is told it is to build ‘character’. But the tyrannical Warden is definitely hiding something. How will Stanley and his fellow inmates deal with her demands, her two cronies, plus the fearsome rattlesnakes and yellow-spotted lizards? And will Stanley and his new friends unearth what’s really going on?

“HOLES”, written by Louis Sachar won the 1998 U.S. National Book Award for Young People’s Literature and the 1999 Newbery Medal for the year’s most distinguished contribution to American literature for children. Louis also wrote the screenplay for the 2003 film adaptation.

This production will be directed by Adam Penford who has been the Artistic Director at Nottingham Playhouse since 2016. Adam’s directing credits include “The Madness of George III” at the Nottingham Playhouse, “Boys in the Band” at the Vaudeville Theatre and “Committee” at the Donmar Warehouse.

“HOLES” is the first production from CTP since the partnership announced three years of support from Arts Council England. CTP aims to produce new and exciting productions, created for a young and diverse audience. Previous CTP productions include the Olivier award-winning “Goodnight Mr Tom”, “Swallows and Amazons”, “The Boy in the Striped Pyjamas”, Michael Morpurgo’s “Running Wild” and a new adaptation of “The Jungle Book”.