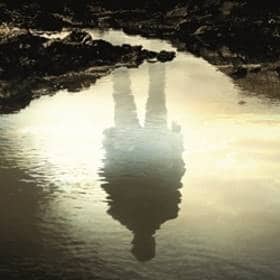 Rural Derry, 1981. The Carney farmhouse is a hive of activity with preparations for the annual harvest. A day of hard work on the land and a traditional night of feasting and celebrations lie ahead. But this year they will be interrupted by a visitor.

The new company performing in Jez Butterworth’s The Ferryman includes Owen McDonnell (Single-Handed, RTÉ/ ITV; Paula, BBC) playing Quinn Carney, Rosalie Craig (As You Like It, The Threepenny Opera, The Light Princess and London Road, National Theatre) in the role of Caitlin Carney and Justin Edwards (The Thick of It, BBC; The Man Who Invented Christmas; The Death Of Stalin) as Tom Kettle.

Catherine McCormack continues in her role as Mary Carney, along with Charles Dale as Father Horrigan, Mark Lambert as Uncle Pat and Glenn Speers as Lawrence Malone. As previously the full company comprises 37 performers: 17 main adults, 7 covers, 12 children on rota and 1 baby.

The Ferryman, directed by Sam Mendes, is currently booking at the Gielgud Theatre until 19 May 2018. The production won widespread critical acclaim when it opened at the Royal Court and was the fastest selling show in the theatre’s history. This phenomenal success has continued at the Gielgud Theatre where it has been playing to sold-out houses, with early morning queues on Shaftesbury Avenue for the £12 day seats each day. The production received four nominations at the annual London Evening Standard Theatre Awards, winning three honours for Best Play (Jez Butterworth), Best Director (Sam Mendes) and the Emerging Talent Award (Tom Glynn-Carney).

The Ferryman is directed by Sam Mendes, designed by Rob Howell, lighting by Peter Mumford, sound and original music by Nick Powell, with the new cast directed by Tim Hoare and casting by Amy Ball CDG.

After a highly successful off-Broadway run, Alex Edelman has brought his one-man show Just for Us to … END_OF_DOCUMENT_TOKEN_TO_BE_REPLACED

Marvel has a friend who is a ghost, and the ghost falls in love, but a crazed police officer, … END_OF_DOCUMENT_TOKEN_TO_BE_REPLACED