London New London Theatre Seating Plan: Seating in the auditorium includes Stalls and Circle. The seating may vary from time to time and these changes may not always be shown on the seating plan below. Book tickets for School of Rock the Musical at the New London Theatre. 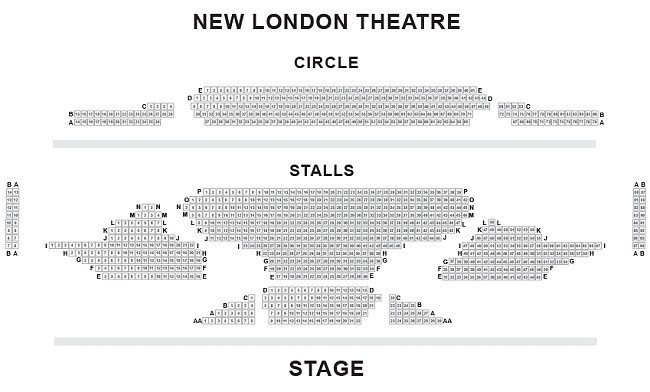 This guitar-thrashing, drum-rolling, rip-roaring celebration of the power of rock, tells the story of Dewey Finn, a down-on-his-luck wannabe rock star struggling to make ends meet.

Posing as a substitute teacher at a prestigious prep school, Finn discovers his students’ musical talents, and opts to enlist his fifth-graders in a quest to conquer The Battle Of The Bands.

This take on Hamlet occasionally has the feel of a production still in development. It starts with … END_OF_DOCUMENT_TOKEN_TO_BE_REPLACED

When I think of people being evacuated by train in the Second World War - not, admittedly, that this … END_OF_DOCUMENT_TOKEN_TO_BE_REPLACED