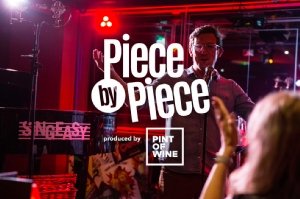 In a debatably more secular society than what existed when Rodgers and Hammerstein’s Carousel opened on Broadway in 1945, is the second half of Act Two rather laughable now? The participants in this podcast don’t think so – if anything, its characters are viewed through contemporary lenses as people who live out the values and traditions of their day, whether or not we ourselves would be so accepting.

The central character, Billy Bigelow, undergoes a purgatorial-esque experience before eventually going off to Heaven. It’s the sort of heavenly reward attained through a human being’s own personal efforts that my staunchly evangelical upbringing flatly rejected, because it would deem the crucifixion of Christ and the subsequent Divine Resurrection entirely unnecessary: we’d all make it to Heaven in the end on account of being decent people.

Anyway, sufficient background detail is given to those who aren’t aware of how Carousel came to be a musical. A podcast of this nature must effectively satisfy (broadly speaking) two audience types – those who are hardcore Rodgers and Hammerstein fans and know every lyric of every song of every musical of theirs like they know their own names, and the rest of us who, well, don’t. A running time stretching to almost two hours seems a like a long time to dissect a musical, but the time goes by quite quickly, and I daresay it went by rather faster than it did when I saw a production of Carousel at the Savoy Theatre in 2009.

That particular theatre trip was memorable to me for two reasons. First, the group booking I was a part of had to be re-arranged, quite hastily, because the production posted early closing notices. Second, somebody decided it would be a good idea to print in tiny font the entire career to date of Leslie Garrett, playing Nettie Fowler, on a single page in the show’s programme. I have no idea what that page said.

But all, as far as the show is concerned, is explained in the podcast, and one need not have seen the show at all to follow what the panellists were saying, discussing their time playing principal characters – Alex Young having played Carrie Pipperidge, Molly Lynch having played Julie Jordan (both at the English National Opera) and Keith Higham having played Billy in a production presented by Opera North. Also on the panel, chaired by Joe Bunker, was Jo Davies, who directed the said Opera North production.

It was interesting to hear different perspectives on the show – including approaches to certain musical numbers which I hadn’t thought about before. One may not agree with everything said, but I doubt whether one is supposed to, especially when different panellists are themselves offering alternative viewpoints. The discussion gets quite spirited on occasion, which is not, I hasten to add, a euphemism for the podcast becoming argumentative: this is the friendly sofa of This Morning rather than the bearpit of Question Time.

Of particular interest is the exploration of the various characters and what is going through their minds in certain scenes and as certain lines are being sung or spoken. Whilst some dismiss Carousel as being too accepting of domestic violence, the panel puts forward some persuasive reasons why this is too over-simplistic an analysis of the show. The audience is even treated to a musical number or two from the show, sung by panellists reprising their roles. This is a welcome (and welcoming) podcast providing much food for thought about established musicals, and I hope to hear more of these thorough but lively discussions in due course.

Join host Joe Bunker as he explores the classic 1945 musical Carousel with the artists behind the recent revivals at Opera North and English National Opera. His guests are: Jo Davies (Director, Opera North Carousel), Keith Higham (Billy Bigelow, Opera North), Molly Lynch (cover Julie Jordan, ENO) and Alex Young (Carrie Pipperidge, ENO). Carousel: Part One features Keith Higham performing ‘Soliloquy’, as well as the first half of the PBP Carousel quiz! We really hope you enjoy Piece by Piece. If you do, please tell us about it by sharing your thoughts on Twitter & Instagram.