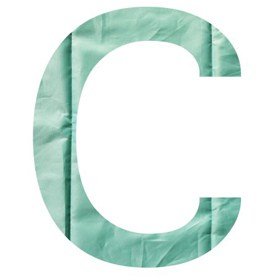 The King’s Head Theatre is justly proud of its title as London’s Original Pub Theatre which dates back to the first production put on there in 1970. As part of the theatre’s celebrations the management there have set up #Festival45 which is an opportunity for 20 writers to have their new productions run for a week in this Islington venue. I was lucky enough today to get to see one of these shows when I went along to Cecilia by Zoe Hunter-Gordon.

One family, consisting of three individuals, inhabit the stage as the lights go down. Robert (Mark Shaer) is a specialist academic who often teachers in America. His wife Molly (Denise Stephenson) doesn’t travel with her husband but works and keeps herself busy with her yoga instructor boyfriend. And finally, there is their son Daniel (Edward Green) who is in his first year at university where he is finally getting the opportunity to be his own man. There is one other member of this nice middle class suburban family, and that is Cecilia, Robert and Molly’s daughter. Although we don’t get to see Cecilia, we do learn one major thing about her, the fact that she suffers from Anorexia Nervosa and has done for many years. Over the course of this hour-long show, we journey with the family as they try and fail to come to terms with the disease and the effect it is having on each member of the family.

I have to say I was quite surprised by my reaction to Cecilia. As the story unfolded, I started to forget that I was watching a play and almost began to think this was some form of documentary. The writing and acting, with at times really subtle directing by India Crawford, was that powerful. Each member of the family had their own story to tell of their relationship with Cecilia and as the story moved on, building – as my companion put it – to a shocking crescendo as the three characters finally interacted together and took with them the final moments of both despair and positivity, I was with them every step of the way.

Cecilia is not necessarily going to be everyone’s cup of tea. Some of the descriptions of the young girl are pretty heart-wrenching. It is however an extremely well-written play that manages to get its message over – including the symptoms to look for in a potential sufferer – without resorting to heavy-handed “if you have been affected by etc” tactics. The writing really is first class and the three actors deliver a superb performance that seems to come from the heart for each of them. I did have a minor problem with working out timelines initially but that managed to resolve itself the more I got into the play and although ‘enjoy’ is not necessarily the word to use to describe a story like this, I was completely hooked on the tale from the start.

So ultimately Cecilia was a hard but emotionally compelling play to watch and I am really glad that I got the chance to see this great piece of work which is a very welcome part of #Festival45.

Cecilia tells the story of Cee, a young girl with anorexia, through the relationships she has with her father Robert, her mother Molly and her brother Daniel – exploring what is said, and unsaid, in their not-so-tight-knit family. Spanning a decade, we witness the characters at moments in which they need to talk: Cee is 15 and Robert is out of his depth; she’s 19 and Daniel can’t believe he’s still making trips to the hospital; at 22, Molly is waiting alone in a cafe – trying to figure out where it all went wrong. As the characters clamour to tell us their sides of the story, we discover the truth for ourselves. No family is without secrets…

This isn’t the first production to go down the road of referencing a one-star review of their show (from a different publication, I hasten to add). … END_OF_DOCUMENT_TOKEN_TO_BE_REPLACED

Two sisters reunite after the death of their mother, and secrets pour forth. Robert Holman’s new play gently exhibits talented classical acting in a … END_OF_DOCUMENT_TOKEN_TO_BE_REPLACED

Everyone’s vexed in this show, though some have clearer reasons to be than others. Mrs Driscoll (Tameka Mortimer) is struggling with a home life that … END_OF_DOCUMENT_TOKEN_TO_BE_REPLACED

The penultimate production of the 2021 Tête à Tête Opera Festival, based at London’s Cockpit Theatre and showcasing contemporary and avant-garde new … END_OF_DOCUMENT_TOKEN_TO_BE_REPLACED

Relatively Speaking premiered in 1967 and is the sort of show that is, by contemporary standards, very much of its time, and not just because of … END_OF_DOCUMENT_TOKEN_TO_BE_REPLACED