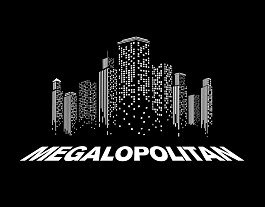 In theatrical and performance terms, one should never be afraid to experience something new and, for me the Vault Festival is certainly proving that this is true. Luminary Theatre’s production, “Megalopolitan” is yet another example of something I would not normally go and see, but which turned out to be entertaining and deeply thought provoking.

Written and performed by award winning performance poet and playwright, Karis E Halsall, “Megalopolitan” is an unusual fusion of poetry, video projection and electronic sounds (performed by composer Samuel Organ) that takes the audience, through the heart of a city and into individual minds, including our own. From the start, with a video showing a city rising out of nothing to become a teaming hub, its intricate road and communications links morphing to appear like a map of neurones in the brain, this was a compelling performance that at times highlighted our own secretly held thoughts. For example, I challenge anyone to deny that they have never sat opposite another person – on the tube, a bus or a station platform – and whilst admiring them for whatever reason (hair, clothes, make-up, body shape, jewellery, etc) had secretly been jealous and had a mild fantasy about destroying them out of jealousy. Go, on, please say it isn’t just me.

One of the really fascinating things about a performance such as this is how it can divide the audience. And this is one of the great strengths of the show, people see it completely differently and take away their own interpretation of what has been presented. For example, the Mystical yoga teacher segment left my companion and I completely disagreeing about what we had seen. He didn’t like the piece as he felt it was, without putting any gloss on it, outrageously taking the mickey (though he didn’t use that particular word) out of meditation. I, on the other hand thought it was a wonderful piece that was, for once, completely honest about meditation and its practitioners. Our discussion lasted into the bar with us finally agreeing to disagree.

One piece we did agree on was the really mesmerising Twitter Troll story. Starting so innocently with a grandfather’s complaints about a lack of snow tyres this story built in such a gentle way to reveal a woman with a compulsion to troll – illustrated by Twitter screen-shots getting more vitriolic as it went on and leading to an ending that was surprising, shocking and somehow very fitting.

This was a fascinating performance. The music, sounds, video worked superbly together keeping everyone focussed on the stories of the city unfolding before us. “Megalopolitan” is another really worthy edition to what has been a superb arts festival under Waterloo.

This February Luminary Theatre presents their debut production Megalopolitan, at the VAULT Festival. This brand new theatre company won the Ideastap brief to perform at the festival and bring a synthesis of performance poetry mixed with live soundscapes to the stage.

Handel’s 1738 opera Serse (or Xerxes) is an exploration of power, love and human frailty. King Serse falls in love with the voice of his brother … END_OF_DOCUMENT_TOKEN_TO_BE_REPLACED

Lea Salonga has her fans. She also has some superfans, the ones who yell, “I love you Lea!” at almost every opportunity. If that wasn’t enough, there … END_OF_DOCUMENT_TOKEN_TO_BE_REPLACED

I have no hesitation in saying that the 1952 movie “Singin’ in the Rain” and its 1985 stage version is one of the greatest musicals of all time, … END_OF_DOCUMENT_TOKEN_TO_BE_REPLACED

There are, Maria Caruso was keen to emphasise in a post-show discussion, no wrong answers when it comes to responding to Metamorphosis or even … END_OF_DOCUMENT_TOKEN_TO_BE_REPLACED

Children of the Windrush generation, sisters Dawn and Marcia, grew up in the 1980s. In Roy Williams’ new play Dawn is shown struggling to care for … END_OF_DOCUMENT_TOKEN_TO_BE_REPLACED