Home » Reviews » Ivo Graham: The Game of Life at Pleasance Forth 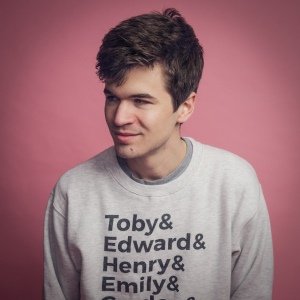 As Ivo Graham continues to point out every so often, perhaps to quash any speculation as to his background, he went to Eton College. The circles he moves in are what they are. At one point, he started talking about a game of boules he participated in with Jo Johnson MP, Boris’ brother. The circles that yours truly moves in being what they are, I found myself googling ‘boules’ after the show, having first assumed it was spelt ‘bools’, which the Urban Dictionary defines as ‘to hang out, relax, do nothing’. (I know which activity I’d prefer if I ever did have some downtime.)

This is not to say that Graham can’t relate to his audiences – there’s talk of Ben Howard, a Brit Award-winning singer-songwriter, and of ‘The Millennial Railcard’, which apparently entitles those aged between 26 to 30 to one-third off off-peak rail fares. At the performance I attended, a “family” (as they called themselves, in inverted commas – Graham, despite his best efforts, couldn’t quite get to the bottom of who really was related to whom, mostly because they were being more than a bit cryptic) chipped in with their own remarks on the subject. One of the younger ones took it upon himself to randomly point out he had discounted travel with East Midlands Trains.

This all left Graham and the rest of us momentarily stupefied, but he made the most of it, with hilarious (if bizarre) results. Some rather more planned moments of humour came in the description of antenatal classes and what to write in the reference box when transferring money online. The latter was a tad infantile but nonetheless mischievous, while the former included a discussion between dads-to-be as to whether change is required for the parking meters at the hospital (it is possible to pay by card, but, rather like the self-service machines at supermarkets, not all payment options are always available).

Graham expressed a wish to be on the ‘best one liner’ lists: he’s made it. The Telegraph plumped for: “Devon is the only part of the country where you put the cream on the scone before voting to leave.”

In other news, he’s become a father since the previous Edinburgh Fringe (cue round of applause, which he astutely acknowledged as obligatory but not strictly necessary), and there was something about a show on ITV called ‘Don’t Hate The Playaz’, and a car now so decrepit not all of its doors function anymore.

It’s not quite Tory-bashing but his pithy descriptions of the likes of Dominic Raab and Rory Stewart had some members of the audience – the ones who follow politics – in stitches. A truly witty and charming show.

The time for faff is over: has Big Daddy Graham got the skillz (anecdotes/banter/topical asides) to pay da billz (gas/water/electric)? More hilariously anxious blather from one of the most hilariously anxious blatherers in the business. As spotted on Live At The Apollo, Mock The Week, Live from the BBC, Cats Does Countdown, Richard Osman’s House of Games, Roast Battle, Hypothetical, The Stand Up Sketch Show, The Now Show, Fighting Talk. ‘A hugely enjoyable hour of stand-up comedy’ **** (Times).

Britain, so a London cab driver once told me, is obsessed with the Second World War, as though it happened just recently. Power Luncheon would seem, … END_OF_DOCUMENT_TOKEN_TO_BE_REPLACED

William J Dunleavy, author and star of this monologue play, is a writer and face to watch. He enters the room (as the staging is more geared towards … END_OF_DOCUMENT_TOKEN_TO_BE_REPLACED

Cirque du Soleil’s Luzia is a joyful whirl through a psychedelic Mexico, which reminds us why live theatre is so special. Anyone who goes to … END_OF_DOCUMENT_TOKEN_TO_BE_REPLACED

I am always very excited to come across a new theatre, and Esher Theatre is a real ‘find’, conveniently situated near to Esher High Street and right … END_OF_DOCUMENT_TOKEN_TO_BE_REPLACED

Cecil Sharp is no unsung hero. Without the energy of this driven and at times prickly musician, the traditional folksong of rural England would very … END_OF_DOCUMENT_TOKEN_TO_BE_REPLACED