Home » Reviews » My Lifelong Love: An Evening With Georgia Stitt and Friends 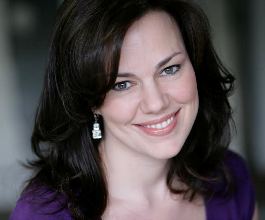 My Lifelong Love: An Evening With Georgia Stitt and Friends at the Garrick Theatre, Sunday 26th October 2014

Unless I’m a complete philistine, I’m sure I wasn’t the only person arriving at the Garrick Theatre last night for “My Lifelong Love, An Evening with Georgia Stitt and Friends” thinking ‘Georgia Stitt, who is she?’ Well, after a couple of hours of listening to her music, I can confidently say that this American born composer, lyricist, arranger, conductor, musical director and occasional singer is proof that the ancients got it wrong when they said you can be a Jack of all trades and master of none. Georgia was certainly the master, or should that be mistress, of the stage last night. In fact I should add to the list of her accomplishments, dammed good piano player and witty host as well. The show was a wonderful introduction to Georgia’s music with songs such as ‘One Day More’ from her debut album ‘This Ordinary Thursday’ right through to excerpts from her latest work ‘The Danger Year’.

The ‘friends’ of the title – Simon Bailey, Norman Bowman, Cynthia Erivo, Jamie Muscato, Eva Noblezada and Caroline Sheen are well-known musical theatre actors with the right voices and stage presence for Georgia’s, often biographical, story-telling style of music. I particularly loved Cynthia who put every fibre of her being into her numbers – whether solo or as part of a group – especially ‘The Wanting of You’ which had the audience enraptured throughout. We were also introduced to the ArtsEd Choir, a talented group of youngsters who, based on this performance, have very bright futures ahead of them.

The second act of the show was devoted to ‘The Danger Year’. A review based on the Japanese belief that people at certain ages experience a “danger year” – a year of calamity, upheaval, and rebirth. The show brings the cast through these explosive and pivotal moments in their lives as they confront the choices they’ve made, the relationships they’ve built (or destroyed), the worlds they yearn for, and the worlds they can no longer sustain. A tall order perhaps to convey all of this to the audience, but in Georgia’s expert hands it was delivered superbly. The opening number ‘Connect’ sung by the entire cast, resonated so well with the audience, as the actors reviewed their on-line lives and the lack of actual human connections, something that in our quieter moments when Tweeting along with a TV show or commenting on a “friends” status on Facebook, I’m sure we have all done. There was some marvellous playing with emotions throughout this segment, particularly with Caroline Sheen’s performance of ‘The Baby Song’ in which a combination of powerful lyrics and wonderful acting changed everything in a heartbeat and left me wanting to run on stage and give Caroline a massive hug when it finished. Full credit should also go the band who, with an unusual combination of instruments – drums, bass, guitars, violin and cello – and despite only meeting Georgia two days before the show, looked and sounded as if they had been collaborating with her for many years. There were many wonderful moments where you could see a sweet smile of satisfaction on Georgia’s face as she knew her crew had really delivered her musical vision.

This was a marvellous night’s entertainment. Georgia Stitt is someone I am now pleased to say I know, I’m listening to her music on Spotify as I type. She put on an amazing show that made me forget the weather and brought some well needed sunshine into a cold October evening and I’m really looking forward to seeing the final version of ‘The Danger Year’ when it hits London.

This happens to be a timely production: employment has hit the headlines again at the time of writing, this time because of the concept of ‘quiet … END_OF_DOCUMENT_TOKEN_TO_BE_REPLACED

An opera (well, technically, an ‘opéra comique’, as there is spoken dialogue) in a relatively small space like the Charing Cross Theatre calls for … END_OF_DOCUMENT_TOKEN_TO_BE_REPLACED

Shoes, one would have thought, are fairly recession-proof. The problem for Charlie Price (Joel Harper-Jackson, reprising the role he previously played … END_OF_DOCUMENT_TOKEN_TO_BE_REPLACED

The descriptions of what happens in this show are so vivid that paradoxically they leave nothing to the imagination – and, at least at the performance … END_OF_DOCUMENT_TOKEN_TO_BE_REPLACED