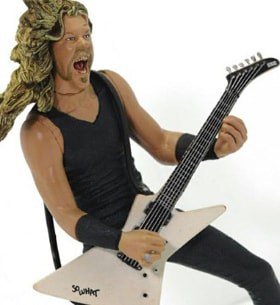 Being a grown-up sucks or so 8-year-old Lola thinks. She’s full of life in her Metallica t-shirt as she stomps around the stage musing hilariously on the benefits of Aldi versus Waitrose whilst shopping for cereal – lots of cereal. She’s on her way to Bug Camp which could be real or something in Lola’s febrile imagination.

So, is Emmie Spencer who obviously not 8 years old, playing Lola as a child-woman or are we seeing the world through the eyes of a child? When she’s joined by best friend (or is she her enemy?) Jas (played by Louise Devlin) who’s also in child mode, it seems that it’s the latter but that’s soon dispelled when Aleine (Josephine Dimbleby) appears after the stage has gone dark and launches into a long monologue about her work as a Loss Protection Officer in a supermarket which seems to have nothing to do with the previous scene. After another black-out, Lola reappears still child-like but with Tilly (Abbi Douetil) who Lola is convinced is Metallica frontman James Hetfield who sings and plays air guitar whilst Lola speaks to him about her journey to Bug Camp.

At this point, I wasn’t sure if I was watching sketch show/drama hybrid and where it was going but as the evening went on, all the seemingly disparate themes come together splendidly and it makes for a wonderful 70 minutes or so. At times, it’s quite surreal with streams of consciousness, scatological references to poo (there’s a lot of those!) the satirising of social media and Lola and Jas alternating between their child and adult personas.

On a simple set – just a tripod made of stick, some supermarket bags and a scattering of leaves, the four characters are slowly fleshed out and we start to feel their pain and empathise with them. At times Bug Camp is very dark in tone but that darkness is balanced by some very funny dialogue and superb timing from all four actors. Having the writer also direct their play is sometimes a recipe for disaster but Paul Macauley has directed his piece with a lightness of touch that brings out the best in all the actors of which Emmie Spencer as Lola is the stand-out. She’s on stage for most of the piece and slides effortlessly between being an 8-year-old without a care in the world to an adult with a poignant story to tell. She’s well-supported by the other three – this is a real ensemble piece from Broken Silence Theatre.

On the flyer for the play it says, “Imagination, Memory, Loss” but it’s crossed out. However, that’s exactly what the play is about and we’re taken on a journey with Lola, Jas, Tilly and Aleine to find out exactly why in the superb Bug Camp.

Being a grownup sucks, so Lola is off to Bug Camp – armed with strawberry laces and Metallica frontman James Hetfield. And neither her best frenemy Jas nor her arch nemesis Aleine can stop her. But where does that leave her grown up daughter Tilly? And what happens when hiding in the past is no longer an option?

EverAfter, A mixed up fairy tale at the Chickenshed Theatre, is a great Christmas show. As the title suggests, this is a concoction of stories. The … END_OF_DOCUMENT_TOKEN_TO_BE_REPLACED

The thing about Panto is not to over-think it. It’s about having fun and surrendering to the Christmas spirit. Like Christmas crackers, there is a … END_OF_DOCUMENT_TOKEN_TO_BE_REPLACED

Anyone who's worked in investment banking knows it's largely an intellectually-free zone, polluted with people who calculate each other's value … END_OF_DOCUMENT_TOKEN_TO_BE_REPLACED

By the production’s own admission, the version of events as detailed in Bonny & Read is unlikely to equate to an exactly full and fair account of … END_OF_DOCUMENT_TOKEN_TO_BE_REPLACED