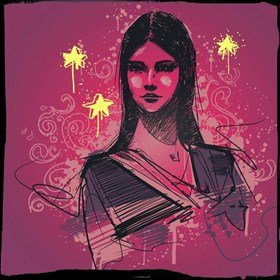 Emilia Galotti is a German tragedy that focuses on the power and destruction of love. The play also explores the themes of the rising middle classes during the time of Enlightenment, and the subjugation and objectification of women.

The acting in Emilia Galotti was superb; particularly that of Andrew Nance, Grace Monroe and Peter Wheal-Jones. Nance brilliantly portrayed the character of Marinelli with fluid switches between serious and comic moments resulting in a perfectly believable character. Additionally, Monroe was superb in her scenes depicting the shock and distress of Emilia Galotti; the emotions did not appear forced or fake in the slightest and it was easy to get drawn into her character. Finally, the anger and emotion that Wheal-Jones allowed to come through his character of Eduardo Galotti was perfect for an over-bearing father whose daughter has become the centre of a ferocious love triangle.

Additionally, all the other elements of the play were thought out perfectly with music being true to the era of the play (18th century). The sets were simple yet effective and the space was used to its upmost potential with the off stage being referred to as different rooms and all the entrances and exits to the performance space having their own specific purposed making the action very real.

However, all was not perfect with the play itself. The action was rather slow paced allowing for time to drift off and start thinking about the aesthetics of the venue, what work I needed to do and god forbid the temperature of the room!

Personally, I would have preferred the pace to be quicker or at least some variations between the scenes. For a play that has been described as the German Hamlet, it could have benefitted from characters like the gravediggers. Furthermore, I personally feel that part of the problem was that rather than having several scenes within the acts, Emilia Galotti consisted of five rather long acts (three before the interval and two after) that appeared to have only one scene in each.

My final comment would be to say that I would like to see the cast and crew of Emilia Galotti again, however I would not be fussed about viewing the play itself again. I also wouldn’t mind returning to The Space Theatre, however, if I were to go back I would certainly be taking my woolly jumper with me.

In the searing summer heat of Italy, the simple Emilia Galotti prepares for her wedding. In the Palace, a Prince broods over this beauty he cannot attain. When it is required, will the middle-classes rise up against their masters?

Considered to be as famous as Hamlet in its native Germany, this Enlightenment-era tragedy tells the story of the virtuous Emilia, whose wedding day starts a chain of events which unravel apace. Based on the Roman myth of Verginia and Lessing’s own Saxon state, the play shows the limitless excess of the aristocracy and the will of the ordinary people to resist unjust force.

Goethe says that Emilia Galotti is “the deciding step towards a morally inspired opposition against tyrannical autocracy,” and in later years he praised it as an excellent work, a piece full of intelligence, of wisdom and of deep understanding of the world.

Ottisdotter Productions is a collaboration producing rare and obscure classic works which explore the role of women in society. Ottidotter’s production is an adaptation of R. Dillon Boylan’s 1878 translation of Emilia Galotti.