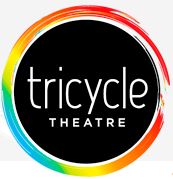 As spring steps into gear so The Tricycle Young Company begin their second annual takeover of the prolific Tricycle Theatre in Kilburn. In keeping with the aims and objectives of this political theatre, The Dissidents examines in an accessible manner some of the more problematic complexities faced by the poorest in London’s community, giving artistic voice to the marginalised and underprivileged.

The story focuses on estranged siblings Juan and Selena who lose their father at the beginning of the play. From active campaigning to working at Poundland on a compulsory work for benefits programme, the pair’s social circle is within some of the most diverse, vulnerable and sidelined demographics that make up London. Moving between a badly performing hospital and a squat that is due to be evicted Juan and Selena count among their friends some wonderful and some not so wonderful characters that elicit fondness, inspiration and in some cases dislike from the viewer.

Degenerating relations in London between nurses and patients, police and squatters, activists and the media are humanely explored as the external pressures, bureaucracy and legalities filter down to affect individual lives on this level. As their father’s funeral approaches old conflicts emerge between the siblings as they debate the virtues of both of their missing parents; was their father a sinner or a saint, was their mother a cheat or a long suffering victim finally acting independently? And herein lies the crux of this show; a demonstration of the necessity for two sides of each story to be heard. The answers to the problems raised by The Dissidents – homelessness, illiteracy, justice, overcrowding in hospitals, racism within institutions – to name but a few, aren’t easy to find but each debate would absolutely benefit from more conversation, and more selflessness and self-awareness from those involved. The actuality, shown here by the role of the media is that more often than not only one side of any case is heard due to established and biased channels of conformist communication.

The script, a new offering from Shamser Sinha, tackles an enormous array of social barriers, and yet does so credibly by showing how each separate problem links into and affects others. It is funny and entertaining at the same time as providing a lovely start point for these important conversations. It’s also a great story. The show is competently brought to life by this group of skilled young actors with particular credit to Stevie Basaula and Tania Nwachukwu playing Juan and Selena respectively. The production is colourful and dynamic and despite running at an uninterrupted 1 hour 55 minutes keeps its audiences attentive. It’s really inspiring to see young people engaged in political conversation with such creativity, especially in the run up to the general election. As so often with plays that are on at The Tricycle this performance is a timely reminder of the crucial position that arts and culture have within political and social conversations. Big congratulations to the Tricycle Young Company for generating such a topical and relevant show.

When siblings Juan and Selena face a family tragedy, the home they’ve known all their lives is under threat and their futures are in jeopardy. In a London where house prices are out of reach, jobs are scarce and the welfare state seems on the brink of collapse, these two young people must fight to make sure their voices are heard and to keep the roof over their heads. A new play, specially commissioned for Tricycle Young Company and written with their thoughts and voices at its heart.

How can a play be both charming and devastating? Through its tight script, abundant humour and pitch-perfect performances, 4th Country manages to … END_OF_DOCUMENT_TOKEN_TO_BE_REPLACED

Britain, so a London cab driver once told me, is obsessed with the Second World War, as though it happened just recently. Power Luncheon would seem, … END_OF_DOCUMENT_TOKEN_TO_BE_REPLACED

William J Dunleavy, author and star of this monologue play, is a writer and face to watch. He enters the room (as the staging is more geared towards … END_OF_DOCUMENT_TOKEN_TO_BE_REPLACED

Cirque du Soleil’s Luzia is a joyful whirl through a psychedelic Mexico, which reminds us why live theatre is so special. Anyone who goes to … END_OF_DOCUMENT_TOKEN_TO_BE_REPLACED