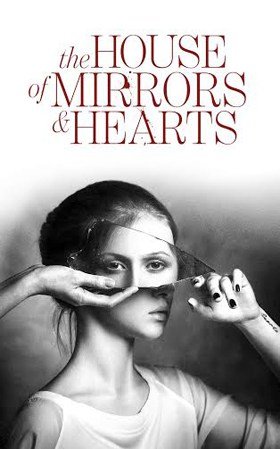 Anna’s husband dies – she withdraws relying on alcohol to get her through. Her lack of parenting for her two daughters is evident every time that either is on stage. Laura is introverted staying within herself and barely communicating whilst Lily is the opposite and looking for love from any man that will give it – worrying for anyone, but Lily is 15 years old. This “parenting” is in stark contrast to what we see before the incident where Anna is loving and the children are happy. The arrival of Nathan puts a spark to the family’s issues and eventually it all comes to a head. It is an emotional rollercoaster with laughter, sadness, inappropriate behaviour, love, and suspected betrayal.

Gillian Kirkpatrick plays Anna and does an excellent portrayal of an alcoholic mother versus a mother who adores her children. Subtle yet noticeable differences when she is playing pre-accident and post-accident Anna. Anna is dealing with her hate of her daughter Laura who she believes took her husband from her in an “accident.” Kirkpatrick provides a perfect character with a nice voice. Kirkpatrick’s rendition of Something for the Pain in reference to the alcohol she drinks was funny with great timing.

Molly McGuire plays the role of Lily, and is fantastic. Look at Me is Lily’s big song and McGuire performs this seduction song superbly. She effortlessly manages to convey the sexy and beautiful yet inappropriate aspects of the song sung in the third person. I almost felt like I should look away as Lily is a 15 year old in the show, which shows what a great job McGuire does with the character. For me McGuire had the nicest voice on the stage with a fantastic range, the lower range having a sultry smoothness that was wonderful to hear. She was also the most interesting character.

Jamie Muscato plays Nathan and to sum it up is utterly superb. He has a wonderful voice and couldn’t have been acted better. Muscato gave us a mix between Clark Kent and a young Hugh Grant that worked perfectly for Nathan. I also doff my cap for the concentration on what he should be doing during McGuire’s Look at Me.

Laura is played by Grace Rowe who brings an excellent delicate mix between the character’s secluded and quiet nature but slowly beginning to come out of herself around Nathan. Rowe adds to the great voices on the stage, with the duet with Muscato being devine. It was just a shame it was so short as I could have listened to them for much longer. Young Lily and Laura both performed and sang wonderfully.

The company performances were entertaining. Some superb singing, with the timing and blending of voices giving an audible treat. There were a couple of sections where it was difficult to pick out specifics that were being sung but that is really nitpicking. The set was simplistic yet worked perfectly. A kitchen, bedroom and stairs were the only visible set, but being laid out over a couple of levels was thought out well with the space available. It was very clever how they had Rowe and Muscato move the action “outside to a pond” whilst still in the kitchen.

Throughout the whole performance the lighting complemented the mood on stage and gave different levels without overdoing any. The lighting designer really did do a fantastic job. This show was wonderfully directed ensuring perfect use of the space available. The whole performance had a flow that worked and kept your attention throughout.

Should you go and see this? YES! Without a doubt the best production I have seen this year and the best Off West End production I have EVER seen. You are missing out if you don’t book your tickets right now but I would be surprised if this isn’t already sold out every night.

Keeping secrets is a kind of art…
The House of Mirrors and Hearts by Eamonn O’Dwyer & Rob Gilbert, Music & Lyrics by Eamonn O’Dwyer is a haunting new chamber musical about love, lies and the ghosts of our pasts. After 3 years of development by Perfect Pitch (LIFT, Soho Theatre; The Go-Between, West Yorkshire Playhouse), this cutting-edge work premieres in a co-production with Aria Entertainment. The award-winning Ryan McBryde directs a distinguished ensemble cast for this gripping, heart wrenching and intoxicating musical drama.