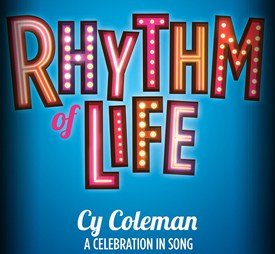 The razzle dazzle of one of Broadway’s most prolific song writers just landed squarely in the intimate studio space in the St James Theatre, Victoria. And boy, does it ever work. Cy Coleman was an artist whose work spanned decades yet who is placed in that arena of musicians whose songs are more famous than he himself ever was. Perhaps this is because of the breadth of his talent which covers every musical genre from the ballad to the toe tapping Rhythm of Life which once featured, believe it or not, on Songs of Praise. This performance lovingly showcases an overview of the great man’s work. Coleman’s musical triumphs reaching from his earliest successes to the work he did just before his death, are celebrated in an informal and convivial style that feels almost like a conversation, mirroring the way that Coleman’s songs often conversed about the wondrous mysteries of life.

The songs are a subjective list of, one presumes the musical director’s, favourites rather than Coleman’s greatest hits; and it’s refreshing to have that personal window onto a body of work which is quite so expansive. Less cabaret and more a gathering of friends around a piano in a luxury lounge, this show is performed by four exceptional singers; Marti Webb, Debbie Kurup, John Barr and Cedric Neal. From dulcet crooner to sexy soul singer this collaboration covers all bases. Outstanding singers, their enjoyment of the evening is palpable and the embodiment of live. The men charismatically win the audience over with their charm while Kurup and Webb sing movingly and humorously the character pieces from shows such as Sweet Charity and 13 Days to Broadway.

You get a taste too of the diversity of lyricists that Coleman worked with and the music is interspersed with some commentary on Coleman, giving a less than comprehensive yet intriguingly enjoyable overview of biographical aspects. This commentary isn’t particularly revelatory but it helps to move the action along. At just an hour and fifty minutes including interval it makes for a great evening in which to wind down in the company of friends after a long week.

Rhythm of Life is a brand new song cycle celebrating the work of Cy Coleman. From child classical pianist to jazz cabaret performer to the master of the show tune, composing some of the most iconic musicals of the Twentieth Century winning five Tony Awards, Three Emmy Awards, two Grammy Awards and an Olivier Award during a career spanning five decades.

Marti Webb (Tell me on a Sunday at St. James) leads the company which includes Cedric Neal (Porgy and Bess), Debbie Kurup (The Bodyguard and Anything Goes) and John Barr (Batboy, Class Act) on a sparkling journey through the multi award winning composer’s songbook, featuring songs and tales from the classic musicals: Sweet Charity, Little Me, On The Twentieth Century, City Of Angels, Barnum, Seesaw, The Will Rogers Follies, I Love My Wife and The Life. With Michael Webborn at the Piano.

Songs Include Witchcraft, The Best is Yet to Come, The Colors of My Life, The Oldest Profession, You Can Always Count on Me, Big Spender, Nobody Does It Like Me, and a few surprises.

If the audience were to be exposed to full versions of the seventy-four songs listed in the programme, it would be a very long show indeed. I suppose … END_OF_DOCUMENT_TOKEN_TO_BE_REPLACED

How can a play be both charming and devastating? Through its tight script, abundant humour and pitch-perfect performances, 4th Country manages to … END_OF_DOCUMENT_TOKEN_TO_BE_REPLACED

Britain, so a London cab driver once told me, is obsessed with the Second World War, as though it happened just recently. Power Luncheon would seem, … END_OF_DOCUMENT_TOKEN_TO_BE_REPLACED