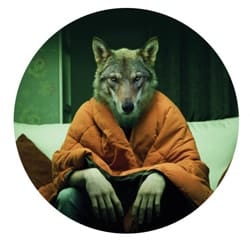 This superbly acted play by Plymouth playwright Glenn Waldron is alternately hilarious and very dark, and certainly, sends one out of the theatre thinking!

Commissioned by Plymouth Theatre Royal, and premiered there in March 2017, it looks at what would happen if, as seems likely at some date in the future, antibiotics no longer work, and the world is hit by a disease which cannot be stopped.

The first scene of this 90-minute piece is exceedingly funny, yet also dark and ironic. It takes place at an ‘awayday’ training session for the sales staff of a drug company, who are trying to push their latest product which is no better/different than many others on the market, and probably less good value to the medical profession. Niall, played with terrific energy by Simon Darwen, is the trainer of the team of three, all of whom have to hone their sales pitch straight out to the audience, acting as representatives of the NHS fraternity. The most successful of the trainees, and the most amusing is Tala Gouveia in the role of Gemma. She is extremely believable in the role. Then there is Andy Rush as Robbie, not quite sure of what he really wants to do in life. Lastly, there is Becci Gemmell as timid Helen, who will clearly never succeed in selling anything, though in her monologue, again played ‘out front’ she certainly tries, and is very funny but also very poignant. All four members of the cast give the writing terrific pace which at times is breathtaking, but always know when to pull back and let the play speak for itself.

The second scene is much darker than the first, involving only Simon and Helen, fifty-five years later, though they look no older! By this time the human race is desperate to find a cure for the deadly disease and will do and believe anything. It is fascinating how the audience gradually feels more and more empathy with the protagonists as the play progresses, unsure of whom to sympathise with. Who is the real villain? Niall, Helen or ‘Society’ i.e. the human race?

The play has a ‘semi-devised’ feel to it, which suits the first scene very well and the second slowly builds to a horrific climax, thanks mainly to the skills of the actors, and aided by Bob Bailey’s stark, bland set which focuses the mind. The ninety-minute length of the show feels not a moment too long and the fact that there is no interval aids the concentration.

Strongly recommended to those who love a gripping, well-acted and directed ( Simon Stokes) play. Another success for the always excellent Southwark Playhouse!

An office away-day. A newly recruited sales team for a pharmaceutical company learns the ropes. But does their work really make a difference? What exactly is the drug they are selling? Change is swiftly coming and they are asking all the wrong questions…

Directed by Simon Stokes, science and civilisation collide in Glenn Waldron’s darkly funny play. Fiendishly original, The Here and This and Now interrogates office workplace culture and the cataclysmic consequences of antibiotic resistance. Playing in repertoire with The War Has Not Yet Started. Glenn Waldron in another life, the feted editor of i-D magazine, has now written two plays for TRP. His previous play, Natives was also at Southwark Playhouse.

Everyman is one of the earliest printed plays, originally written in Middle English and first performed around 1510. It is a morality play, popular … END_OF_DOCUMENT_TOKEN_TO_BE_REPLACED

After being closed for over two years due to covid, the Arcola Theatre has re-opened with Barney Norris’s love song to the people who raised him, We … END_OF_DOCUMENT_TOKEN_TO_BE_REPLACED

Now in its 15th year, La Clique have firmly established their place on the world burlesque circuit and this year’s London cast bring their infamous … END_OF_DOCUMENT_TOKEN_TO_BE_REPLACED

Warm, funny and lacerating, Satinder Kaur Chohan’s new play opens with a fly-on-the-wall look at the daily attempts women make to be accepted and … END_OF_DOCUMENT_TOKEN_TO_BE_REPLACED