You are here: Home / London Theatre News / Review of Henry VI Play of Thrones at the Union Theatre 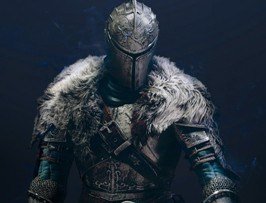 Elaborate special effects, lavish costumes and the benefits of a huge budget bring the fantasy world of Game of Thrones to the small screen, but this production conjures up the brutal reality of the turbulent times which inspired RR Martin’s novels, using commonplace props like ladders, a bucket and a hammer.

Play of Thrones begins at the sun sets on the glorious reign of a mighty monarch, leaving his ill-prepared young son to rule a crumbling empire, facing enemies at every turn. An ambitious matriarch and her brood wait and plot in the wings, as the country lies on the brink of civil war. Rather than the imaginary Houses of Lanister and Stark, here are the large-as-life Houses of Lancaster, in the red corner, and York, in the white, as the War of the Roses begins.

Adapted from Shakespeare’s Henry VI Part 3, with additional material from Parts 1 and 2 and an opening monologue from Henry V, director Phil Willmott brings this epic tale to life in a small, intimate venue with a large, competent cast, many doubling up on parts to cover the sweep of the narrative. Set against a simple backdrop of two ladders and a bare wall, imaginative use of lighting and sound effects, plus copious clouds of smoke, are used to generate an atmosphere of intrigue.

A suit of armour graces the show’s publicity flyer, but when it comes to the staging, the soldiers are clad in trench coats and balaclava helmets, wielding knives and swigging from bottles. While cannily saving on the cost of costumes, attention to detail can still add authenticity – the dastardly Duke of Suffolk, (Gavin Kerr) hairy chest bared beneath an unbuttoned shirt, sports a mud-spattered coat – the mark of a man who is not afraid to get his hands dirty.

The ladders stand like sentinels throughout the first act, then come into play in the second half. First they are dramatically toppled during a health-and-safety-defying moment in the battle for the throne, then continue to clash and crash across the stage, serving as battering rams, weapons of war, prison bars and torture chamber.

A third ladder becomes the funeral pyre for the Maid of Orleans, played robustly by Abigail Carter-Simpson, not as a pious virgin, but a bold warrior queen. Able to hold her own in a brawl and on the battlefield, her style wouldn’t be out of place in Game of Thrones – tight black leather trousers, flowing blonde locks and a hint of cleavage.

There are no damsels in distress here; rather a collection of feisty females, in the form of domineering wives and mothers, wily she-wolves and scheming hussies. The Duchesses of York (Penelope Day) and Gloucester (Hilary Derrett) display a ruthless ambition equal to that of Lady Macbeth. So does Henry’s wife, Margaret of Anjou (Emma Kelly) with her “tiger’s heart in a woman’s hide” a nasty piece of work who gets to utter the immortal line: “Off with her head!” Meanwhile the noble young king himself, (Paul Adeyefa) too tender, tentative and full of self-doubt for his own good, is a budding Hamlet.

Michael Keane makes a great Richard Plantagenet (later to become Richard III) complete with limp, hump and nasal voice, who comes bearing a bucketful of tools, including that hammer, for use in a blood-curdling torture scene, declaring: “I can smile, and murder while I smile,” as Suffolk finally gets his come-uppance.

The play closes with Richard’s notorious “winter of discontent” speech, a taste of things to come, as chilling as the Game of Thrones warning: “Winter is coming…”

Play of Thrones
Conceived specifically to appeal to box set enthusiasts and particularly GAME OF THRONES fans this rare chance to see the plays that inspired Thrones author R.R Martin celebrates Shakespeare as a pioneer of epic story telling.

Adapted from the sprawling WARS OF THE ROSES, multi award winning director Phil Willmott marshals a large and gifted cast to tell the complete story of an extraordinary royal marriage over one evening of thrilling, action packed adventure.

The sun has set on the glorious reign of a mighty king leaving his ill prepared son to hold a vast and crumbling empire together whilst enemies watch from every shadow. He must keep the envious and feuding Northern lords in cheque whilst across the sea a warrior enchantress recaptures swathes of the old empire. The King’s foes ruthlessly destroy his allies whilst a marriage is brokered with a she-wolf of a foreign queen. All the while a deformed psychopath and his ambitious family wait to plunge the kingdom into a brutal civil war. Winter is coming. Richard III’s legendary winter of discontent draws ever closer.

Phil Willmott’s celebrated 4 part dramatisation of Wagner’s Ring Cycle drew audiences of over 40,0000 to the South Bank last summer whilst his re-imagining of KING LEAR as a Queen’s tragedy captivated audiences and critics alike at the Union Theatre, home to his modern world premiere of Shakespeare’s DOUBLE FALSEHOOD and striking revivals of KING JOHN and MEASURE FOR MEASURE.