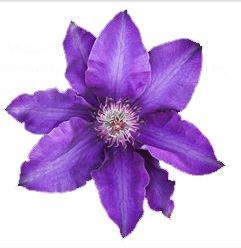 Wildcard is neither the first nor will be the last company to stage Shakespeare’s most outlandish comedy in a pub theatre, but to catch this production at the Brockley Jack in South-East London is to be reminded of the thinness of walls. This is not because the noise of the bar bleeds through into the show on the stage – it doesn’t – but because the place so well encapsulates the play’s obsessively restated theme of disparate worlds eliding and colliding in the chambers of our lives.

It is also to be reminded of the aptness of doubling the role of Oberon with that of Theseus, and Titania with Hyppolyta. If it is true, as often claimed, that this device was the idea of director Peter Brook in the famous 1970 production, then it is strange that no-one thought of it before; to twin these agents of secular and fairy power is to embody in the protagonists the divisions and accommodations at the heart of our natural, social and imaginative kingdoms.

Once inside the little auditorium behind the big pub masonry on Brockley’s rapidly changing main road, we appear to have walked into some party. The rather nervy, gyrating guests include The Mechanicals whose open-air performance of The Tragedy of Pyramus and Thisbe we will witness before the night is done. Of course we are spectators rather than participants, but many of us have just slipped through from the bar.

Fifteen minutes in, and on slides that ultimate emblem of mobility, Puck. Here’s one who has become a debatable land in his own right and, in the sense that he is the most boundary-crossing of all the characters, a crucial component in the wild plot’s unfolding of romantic mismatches and mistaken identities.

Puck is sometimes viewed with as much darkness as light since his “proper” name, Robin Goodfellow, was appropriated by nineteenth century occultists to denote the Devil. Nothing of that here though, or so it seems; more Ian Holm,who took the part in the 1969 film, than Stanley Tucci (who did so in 1999). And yet, for all the winsome boyishness and apparent (only one word for it) puckishness, there is punkishness too. 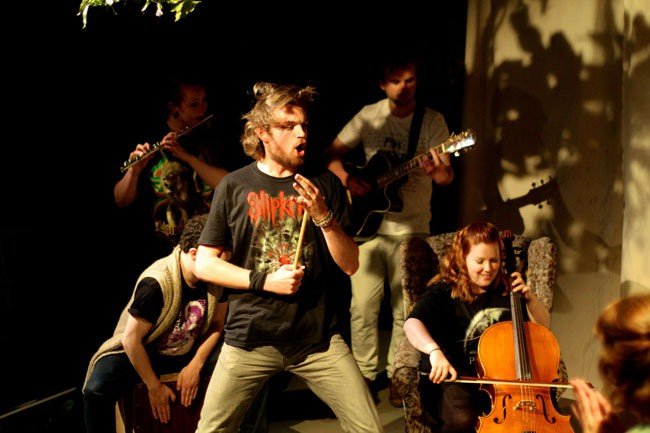 Mear accrues power, partly through some strongly performed musical settings and partly through the growing sense of his own centrality. Technically of course he is Oberon’s servant, acquiring the swagger of an estate manager who does his master’s bidding but comes to wear the authority as his own.

He is tasked with administering a love charm to the sleeping Demetrius. Even in bungling the mission and intoxicating the wrong bloke, Lysander, he goads the plot onwards, his boss less Oberon than Shakespeare. Not forgetting the director James Meteyard, who has boldly hewn substantial chunks of fringe woodland from the text, bringing it down to just under ninety minutes and the hint of a narrative clarity which full-length jobs don’t always achieve.

What is this narrative when it’s at home? With every production the play asserts its spring-like freshness and its knowledge that the way lies through some very tangled undergrowth. For a start it’s not one narrative but several, concerning high-born betrothal, low plotting, animal eroticism, the drug of love, delusional fantasies and, hanging over this small room of ours (stage being world), the true location of power in our lives. Not forgetting Midsummer, Night, and Dreaming itself; nor the interpreting of these dreams; the small, or rather huge, question of where we have been, what we have been doing and thinking in our minutes and hours in that technically virtual terrain. No wonder Sigmund Freud revered Shakespeare and his story-telling.

Meteyard gets it, and in so doing manages to evoke the killing prickliness of lovers’ parents within all the weird othernesses in play. Hence the plain pathos of Hermia’s (Natasha Killam) refusal to obey her father’s edict and marry Demetrius (Peter Dewhurst). Likewise the terror – often trumped by the comedy – in the mutation of Bottom the Weaver’s (Jack J. Fairley) head into that of an ass.

Imperious but tender performances from Abi McLoughlin as Oberon/Theseus and from Rhiannon Summers as Titania/Hippolyta. Credit too to a multi-tasking cast whose music-making sets scenes while stopping just short of stealing them.

On a midsummer night in the Duke’s Oak, a magical wood just outside of Athens, their lives collide and change forever. Wildcard present this enduring tale of magic tricks, lover’s tiffs and showmanship.

Following a sell-out run at The Catford-Upon-Avon Festival, Wildcard’s original production of one of Shakespeare’s most popular plays now comes to The Jack Studio. Set in a magical woodland pub, this production explores the darker aspects of power, control and obsession, as well as the lightness that makes this such a successful comedy.

This play was first put on at The Mill at Sonning in early 2010 - the world has, of course, changed significantly since then, and the script has been … END_OF_DOCUMENT_TOKEN_TO_BE_REPLACED

It’s easy to see why the Orange Tree has brought this one back for another run, less than a year after its first outing here. This is a bold, … END_OF_DOCUMENT_TOKEN_TO_BE_REPLACED

I always loved Choose Your Own Adventure books. Definitely not the Steve Jackson ones where you had to roll dice (who did that?) to find out whether … END_OF_DOCUMENT_TOKEN_TO_BE_REPLACED

Well, there’s a bit about Pablo Picasso’s (1881-1973) paintings in this show that bears his name. But it’s mostly about his approach towards women. … END_OF_DOCUMENT_TOKEN_TO_BE_REPLACED