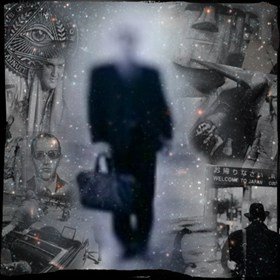 The Space is a quirky church converted to a theatre. So with its eerie outlook and sinister decor, it is perfect for 20:20 vision’s Classified, which consists of four new short plays written by writers under 30.

It asks the question of ‘what if?‘ with the four plays all based on a true event. The first one Hinterkaifeck, written by Olivia Borton tells us the story of a farm in Bavaria, between Ingolstadt and Schrobenhausenn named Hinterkaifeck, which is now modern day Waidhofen (if you are interested in visiting it), where 6 people were killed with a Mattock. The victims were the farmer Andreas Gruber (John Rayment), his wife Cazilla Gruber (Anna Jane N.), their widowed daughter Viktoria Gruber (Daniella Piper) and Viktoria’s children Cazilla and Jozef and the maid Maria Baumgartner.

We are witness to the evening when the murders took place on March 31st 1922 as flashbacks. While Alma Wolf (Nikki Hartung), who I presume by the upper class behaviour and speech by Hartung, that she was the owner of the estate, is being interrogated by Detective Schaffer (Caroline Charles).

A criticism of some fringe productions is that they can be so liberal with playing age.  In this case, none of the actors look like they are the age the original victims were. Also, some of the actors seemed to find it hard to project their voice, which is strange since it’s a converted church and the acoustics are incredible. I am not sure either that in 1922 there would have been a female detective. The verdict of these murders: unsolved.

The second play finds us in Ireland, 16th of June, 2009. Name of the case: Unidentified, written by Treasa Nealon. An unidentified man is found at Rosses Point Beach, Sligo, Ireland. The man to this day is still unknown but named as Peter Bergmann (Lawrence Boothman). A seemingly young man in love and got everything going for him, Yet it’s all over shadowed by the thought of death. He writes eight letters to the people near and dear to him. This monologue is a very tight process of a person, no matter how happy or lucky, whose train of thought is ultimately suicide. Wonderfully and with humorous style brought by Lawrence Boothman. Verdict of this case: Still unsolved.

Babushka, Babushka, written by Matthew Grace. John Fitzgerald Kennedy, President of the United States of America is assassinated on his visit to Dallas, Texas on November 22nd, 1963, Time 12:30.
There are many conspiracies about the assassination, mainly the Grassy Knoll. But in this short play, it takes us to the lady walking calmly around with her camera around a mass of despair. Mary (Caroline Charles), which I presume is Mary Moorman, is named in this play as the Babushka Lady. She arrives in an office which is habitance to two men named Specter (Lawrence Boothman) and Cork (Grant Lest) both from the Warren Commission. Both men claiming that a secret service agent named Hickey accidentally shot the president and Lee Harvey Oswald was blamed for it. Grant Lest came out strongest in this piece. Lawrence Boothman played Alan Specter as if he was Woody Allen. Caroline Charles had really little to do. It was like you see in films that the baddie explains everything to the good guy before killing him. Verdict : Well let’s face it, will we ever know? More to the point, do we really want to know?

Into thin Air tells the true story of D.B. Cooper, an unidentified man who hijacked a Boeing 727, between Portland and Seattle.He extorted $200,000 and a parachute only to jump out somewhere in between and never to be found. This story is narrated by the meditating private detective Skipp Porteous (John Rayment) who’s been hired by Lyle (Grant Leat), who believes he is the grandchild of D.B. Cooper, played by Grant Leat as well, and wants to find out what happened to the money that he believes belongs to him, well that and the knowledge to find out if his grandfather is still alive of course. Others in the cast were two flight attendants Tina Mucklow ( Nikki Hartung) and Florence Schaffner (Daniella Piper) and an FBI Agent (Anna Jane N.) This was my favourite piece, the acting was strong throughout.

With regards to all four productions: Some of the acting was at times a little overacting, which I think lies in the fault that the plays were too short to fully satisfy the audience. I got the impression that the writers didn’t think of the audience at all. I assume that most of us in the audience jumped to Wikipedia afterwards to find out what the stories were about. The two plays that were the clearest with their information were Unidentified and Into thin Air.

The Director, David Shopland, who also designed the plays didn’t really know how to go from one play into the other which made us all reseat, being pushed outside and then back inside. Poor John Rayment had to sit outside meditating and walking around on his bare feet so the players could reset the seats. Let’s hope it doesn’t rain during the run. I can’t remember the last time I worked out so hard in one sitting. The Lighting by Dabniel Sheenan came to it’s best in Unidentified. This needs a lot of work but with a bit more time on the scripts, the right casting and a cleverer way to keep the audience in their seat this might actually become very good.

Since the dawn of time we have been fascinated by the unexplained and the mysterious: A president shot by an invisible killer. A plane vanishes into thin air. A man awakes to find The Beatles never broke up… Tales of the infinitely curious have haunted our dreams for centuries. This October 20:20 Vision have commissioned 4 new plays by 5 writers under the age of 30 based on strange-but-true stories and conspiracies; offering something truly unique for All Hallows Eve 2015.

For the last 3 years, 20:20 Vision have made a name for themselves in the South West and Midlands with their uniquely immersive new writing festivals; created and produced exclusively by theatre-makers in their twenties. Described as fringe theatre’s answer to The Twilight Zone, this specially commissioned Halloween edition of 20:20 Vision’s festival marks the company’s first foray into the London theatrical scene. Join this exciting new company as they take you on a rollercoaster ride through some of the darkest corners of our forgotten history.

Classified will last approximately 2 hours with one interval

It wasn’t that long ago when anyone who gave warnings about Sleeping Beauty would be dismissed as more than a little ridiculous. The concern is that … END_OF_DOCUMENT_TOKEN_TO_BE_REPLACED

Alby hates themself, but can't work out why, and that irks them, even if they don't quite realise it. In this witty, occasionally unsubtle, but … END_OF_DOCUMENT_TOKEN_TO_BE_REPLACED

I have seen some outstanding acting recently at the intimate Finborough Theatre, and this new play is no exception. The highly talented cast quickly … END_OF_DOCUMENT_TOKEN_TO_BE_REPLACED

In the pandemic (remember that?) I worked in adult social care. My role was to help older people in their own homes with daily tasks - I’d cook meals, … END_OF_DOCUMENT_TOKEN_TO_BE_REPLACED