You are here: Home / Reviews / Fox by Katie Guicciardi at the Pleasance Courtyard | Edinburgh Fringe 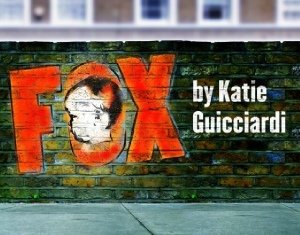 I doubt very much that Katie Guicciardi’s ‘Mum’ character was trying to guilt-trip members of the audience, but it did make me consider alternative viewpoints when it comes to the homeless and what kind of support should be provided to them. I generally veer towards agreeing with the authorities who advise giving to registered charities as opposed to donating directly to individual people one encounters on the streets. The ‘fox’ of the play’s title makes a brief appearance, about as visible as an urban fox (mother and baby find their home in Hackney, east London), but seems to exist inside the mother’s head more than anywhere else, concerned as she is about stories of urban foxes creeping through open windows in the middle of the night and attacking babies.

The set largely comprises a model of a house, complete with miniature furnishings. The upstairs toilet is rather unceremoniously placed outside the house altogether early on in the play, and I still can’t figure out why, but it irritated me slightly that there was a random loo in the lady’s front yard (there’s no indication given that the homeless person outside her front door is given permission to use it, and in any case the lavatory is not connected to any plumbing). When the WC is joined by other bits and bobs, one wonders whether a refurbishment project was underway, until she makes it clear that she is a person of very limited income.

Her apologies to her child for what she believes to be inadequate parenting are difficult to listen to, and they are indicative of a mental health issue – perhaps it is reasonable to assume it’s a form of post-natal depression, but I don’t have the medical knowledge to be sure. She does, to her credit, get an appointment with her GP (presumably she lives in a postcode that allows her to do this fairly easily). Her style of storytelling is very calm and relatively quiet (let’s not wake the baby, eh?) and her near-constant questioning of whether she’s doing the right thing demonstrates just how vulnerable she is to negative thinking.

The delivery of the monologue is steady and understated, but nonetheless engaging. Quite rightly the play offers no neat and tidy solutions to the various issues it raises. All that can be seen, physically speaking, is the mother in her front room, but there is essentially a lot going on, exacerbated by an absent father, often away on business. A thoughtful and considered piece of theatre.

‘Everyone calls me Mum now, or Mummy. I had a name before. Where did that go?’ Inspired by true events, Katie Guicciardi’s brutally honest new drama is A Doll’s House for the 21st Century. Exploring our complex relationship with “help” – our desire to give it and our need to seek it for ourselves – in an increasingly isolating society, Fox is ‘a really poignant and insightful piece’ (ThreeWeeks, Top Picks). This ‘must-see’ (Feminist Fringe) play, is ‘a compassionate exploration of contemporary problems’ (List). Directed by Lisa Cagnacci (Artistic Associate, Stephen Joseph Theatre). @foxplayUk