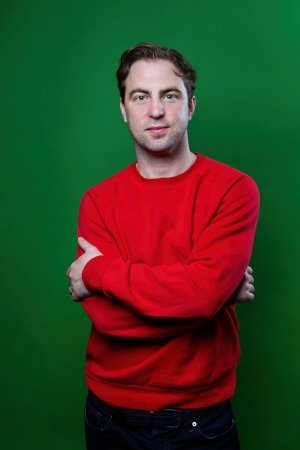 One of the great aspects of going to the Vault Festival is seeing something that is not quite finished but is being ‘beta’ tested with a live audience – in theatrical terms, a ’work in progress’ – and that is exactly what I did with a visit to Dave Bibby’s new production, Life: The Gameshow.

The show starts as we arrive, with Bibby giving us a playing card and either a birthday hat or a crown. The hat meant you were a hen – a woman – and the crown meant you were a stag – a man. Other gender identities were covered by the Unicorns. On my visit, there was only one unicorn, a chap called Matt, who quickly came to know all the problems associated with identifying as non-binary. However, Life: The Gameshow started, as does real life with birth and the realisation that in the game of life, men start with an immediate advantage over women. We then played out the various stages of life, playing games as major milestones were reached.

Each game was different and contestants came from the audience, picked by Bibby’s glamorous assistant using the playing cards we had been received originally. Most of the audience got to play in one game – I was pretty abysmal in the one I did – and points were awarded at the end of each one, leading to a winner – stags, hens or unicorn – and a final challenge to see who won at Life: The Gameshow.

On a cold wet Sunday afternoon, I was so glad that I forced myself to head to the Vaults for this. Although it’s all a bit mad-cap and seemingly out of control, Bibby has put together a very tight and professional game show that, with a few tweaks could be Taken to Channel 4 for a Friday night post-pub programme.

All of the games were fun to watch, and participate in. My personal favourites were the ‘texting game’ – great to see an old Nokia once more – ‘Losing your virginity’ – which looked so much more fun than the way I did – and my absolute No 1 game, ‘Drunken Aunt at a Wedding’ which brought back a lot of memories.

Overall, Life: The Gameshow was really enjoyable. Dave Bibby and his assistant are really fun people with a lovely stage presence that really draws an audience into the experience. In fact, the audience threw themselves enthusiastically into the games and, under Bibby’s control, everything moved fast – though as part of the review from yesterday, some thought needs to be given to timings. All told, for something described as a work in Progress, Life: the Gameshow is pretty much there and I really look forward to seeing, and participating, in the final version when it’s released.

Critically acclaimed comedian Dave Bibby (Channel 4, Netflix and Comedy Central) is back with a comedy game show that takes us from life to death and beyond. Hosted by multi-award-winning, Dave Bibby, and some of his freshest characters. Stand up, sketches, musical comedy and very friendly audience interaction