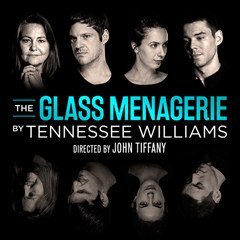 In the final line in Tennessee William’s masterpiece, A Streetcar Named Desire the tragic heroine Blanche says “I’ve always depended on the kindness of strangers,” a theme that is also central to the earlier The Glass Menagerie. The most poignant scene in this sad but brilliant play is when Laura realises that Jim O’Connor introduced to her as a stranger is in fact, the same person that she had had a crush on in High School. They reminisce – but his kindness in dancing with her and kissing her is not that offered to an old flame – it is the kindness of a stranger who unexpectedly finds himself in an emotional trap. That trap had been set by her mother Amanda who fantasises that her son Tom’s friend Jim will be a suitor for Laura who she “wants to stay fresh and pretty for gentlemen callers”.

But neither Amanda nor Tom know that Jim is engaged to be married and that though he clearly likes Laura he is not free to have a relationship with her. When he leaves the two women are heartbroken.

Amanda’s trap is built on fantasy but not fantasy alone. It is also built on her own memories of being a Southern Belle, her own marriage and the times of her young adulthood when “…we had many servants. Gone, gone, gone. All vestige of gracious living! Gone completely”. Notwithstanding this comparative privation she holds the family together – just – with dignity. The construct of the play is not realistic. There is a narrator (Tom) who says early on that “The play is memory” – but memory is fragile and selective and unreliable. Indeed his mother’s fantasies for the future are no more reliable than her nostalgia for the past. Amanda summarises this when she says “You are the only young man I know of who ignores the fact that the future becomes the present, the present the past, and the past turns into everlasting regret if you don’t plan for it!” Tom responds to this surreal and rather Pinteresque speech with “I will think that over and see what I can make of it” – as well he might!

There are only four characters in the play and just the one small living room in which the action takes place. This adds to the intensity and the claustrophobia. We learn at the end that Tom escapes – as Tennessee Williams himself had – and tries to build a life of his own. The autobiographical nature of the play gives it an authenticity despite its deliberate lack of realism. Williams often struggled in his life – albeit for different reasons that the characters in The Glass Menagerie – but he clearly understood the fragility of family life, of not fitting in and of rejection. In this production that sparse and monochrome set by designer Bob Crowley removes distractions to the speech and the development of character. I also felt that the characters are portrayed as being more of an equal with her than can sometimes be the case.

Of course, Amanda (beautifully played by Cherry Jones) is the dominant character – loud, emotional and voluble and full of “girlish Southern vivacity”. And whilst she is garrulous the three other characters are quieter and apparently more thoughtful. But they hold their own – not least when Tom calls his mother an “…ugly, babbling old witch” – an outburst for which he has later to apologise, but the damage is done.

Amanda defends herself by saying that her “…devotion has made me a witch and so I make myself hateful to me children.” This is self-absorption and inevitable and it requires great talent to judge how to achieve the right balance between personal regret and overweening self-pity. The role is more than a star vehicle and Gertrude Lawrence and even Joanne Woodward struggled with this in the two movies made – though Katherine Hepburn was more of a ‘fighter’ in a television adaptation.

Judging from this production Cherry Jones is the definitive casting – it may have taken seventy years but we now have an Amanda who is not sentimental to excess and fights powerfully – albeit at times in a cause which cannot be won. She is entirely credible which given Ms Jones’s personal Southern background, and her talent is perhaps not surprising.

It is rare for the great American dramas, of which this is surely one, to have an American cast in the West End but with the exception of Kate Flynn’s subtle and elusive Laura the actors are American – and I think it shows. Tennessee Williams holds a mirror up to his childhood in much of his work and his characters – Amanda Wingfield, Blanche DuBois (in Streetcar), Catherine Holly (in Suddenly Last Summer, Maggie Pollitt (in Cat on a Hot Tin Roof) and others show the power of the women of the South – but also their occasional brittleness.

Is The Glass Menagerie especially topical in these confused times? I’m not sure that it is particularly, other than in its portrayal of some of the constants of human nature. Pride before a fall.

Hubris. Delusion. Even Cowardice at times is present. But so is Dignity and Courage. Man can triumph over the constraints others apply – Tom and Jim have ambitions to escape from the warehouse where they work and Tom also from his scheming and controlling mother – if they have courage. But Laura is timid and shy and you know that she will find escape almost impossible on her own. The most she can hope for is to enjoy the “moon…rising over Garfinkel’s Delicatessen”. Jim tells her that if she looks around she will see “A world full of common people” and that none of them has “one-tenth of your good points” – but he leaves her anyway for his ‘home girl’ Betty.

So then a sad, original production of a classic with fine performances and a conspicuous absence of mawkishness – but with plenty of humor along the way as well. A very worthwhile revival indeed.

A domineering mother. A daughter lost in a world of her own. A son desperate to leave. Former Southern Belle Amanda Wingfield, played by Tony Award-winning Broadway icon Cherry Jones, enlists the help of son Tom (Michael Esper) to find a husband for her fragile daughter Laura (Kate O’Flynn). But will the long-awaited ‘gentleman caller’ (Brian J. Smith) fulfil or shatter the family’s delicate dreams?

Titus Andronicus is not usually a comedy, it is usually a bloody, villainous and vengeful tale, but tonight it is a comedy and a rather amusing one at … END_OF_DOCUMENT_TOKEN_TO_BE_REPLACED

This show is not without clichés - there are three of note in this production. Firstly, the French horn of the show’s title is personified, speaking … END_OF_DOCUMENT_TOKEN_TO_BE_REPLACED

There’s very little in the way of set in this show: aside from chairs, a few crash barriers and at one point, a red carpet, the actors’ movements … END_OF_DOCUMENT_TOKEN_TO_BE_REPLACED

South African born, but raised on the Isle of Man, Pierre Novellie is a true raconteur rather than just another 'stand-up' comedian. He says about his … END_OF_DOCUMENT_TOKEN_TO_BE_REPLACED

This show, Willy Hudson began by saying, is about himself. It is written by himself, is directed by himself and executive produced by himself. Almost … END_OF_DOCUMENT_TOKEN_TO_BE_REPLACED