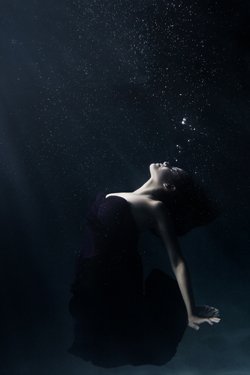 Let’s start at the end, when my companion to the show turned to me and said, “I thought we were friends.” Because betrayed is a little of what I do feel, by a show that had all the ingredients – but ultimately shook them up and left them half-baked.

Philip Ridley’s Angry has really very little to tell you on the subject. Which I suppose, in a way, is infuriating. A set of six monologues that are gender neutral, they are performed with class by Georgie Henley and Tyrone Huntley. A star for each of you bright young things: you bring charm and dignity to what is often rather disinterested material.

It starts as it means to go on, with the first monologue, Angry, performed by Huntley. A tirade against the audience, uncomfortable but perhaps promising something which speaks to a bigger question. It’s followed by Okay, where Henley sparkles as an American vowing to eliminate the word “hesitate” and “ponder” from her vocabulary. Amusing, but again, to what end? Promises of some larger thought go thoroughly unanswered.

The two longest monologues are Bloodshot, performed by Huntley, and Air, performed by Henley, on the night of my viewing. This will switch tomorrow, but that won’t make much difference. Man or woman, these monologues are not plunging the depths of gender tensions – man or woman, I don’t feel as though new insight will come of it. They aren’t peeling back the layers of anything. They are opportunities for some marvellous acting, without any real sense behind it. Dancing is by far the weakest of the lot, a mere speck of a monologue, that doesn’t really have the time to explore or convey anything at all.

There are sprinkles of truly comedic brilliance, but they are sprinkles. Georgie Henley is endlessly charming, and she and Tyrone Huntley serve up such sensitive and intricate performances wherever the material allows for a
glimpse into anything. Which isn’t often enough, unfortunately. These are two heavy-hitting young performers, solid and compelling, delivering up lines at top speed, movement at highest thrust, filling space and sound expertly.

I have no doubt that there will be reviewers of this play who will sit here and tell you how electrifying and visceral this experience was. Don’t worry, the Emperor isn’t really wearing clothes. It’s safe to admit it amongst friends.

This is the play for those people who want to go to parties and try to work ‘phantasmagoria’ into casual conversation about the weather.

A spaceship hurtles towards a black hole. A book-loving couple ﬂee a burning city. A bloodshot eye conjures up kisses and wild animals. The world premiere of Philip Ridley’s Angry is a menacing, magical, and darkly comedic collection of stories that vibrate with the lingering unease of our times.

This happens to be a timely production: employment has hit the headlines again at the time of writing, this time because of the concept of ‘quiet … END_OF_DOCUMENT_TOKEN_TO_BE_REPLACED

An opera (well, technically, an ‘opéra comique’, as there is spoken dialogue) in a relatively small space like the Charing Cross Theatre calls for … END_OF_DOCUMENT_TOKEN_TO_BE_REPLACED

Shoes, one would have thought, are fairly recession-proof. The problem for Charlie Price (Joel Harper-Jackson, reprising the role he previously played … END_OF_DOCUMENT_TOKEN_TO_BE_REPLACED

The descriptions of what happens in this show are so vivid that paradoxically they leave nothing to the imagination – and, at least at the performance … END_OF_DOCUMENT_TOKEN_TO_BE_REPLACED