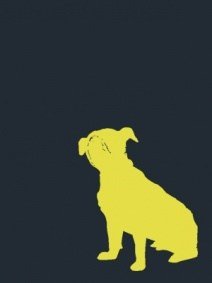 Based in the Studio in the Courtyard Theatre, off Pitfield Street in the Hackney borough of London, The Delights of Dogs and the Problems of People is an intimate, perfectly designed and hard hitting piece of theatre about the realities of domestic abuse.

Personally, I was quite worried about the play, before viewing it, for two reasons. Firstly, as someone who is just going through the final processes of getting out of an abusive relationship, I was worried how the play would affect me. Additionally, I was worried that it was going to be a play featuring a lot of violence and just relish in the bloodiness of this. However, I needn’t have been worried at all.

The Delights of Dogs focuses on a lesser known type of abuse that is, in my opinion, just as destroying and dangerous as being beaten on a daily basis. The play begins with a normal man cooking dinner for his wife on their anniversary. He seems kind, gentle and caring, particularly when he offers brownies for the audience to try (which were rather tasty so he must be a good cook!). He basically seems like the perfect husband and I recall thinking that it must be a play about challenging the stereotypes of gender around abuse. This thought is heightened when you meet his wife who is a seemingly strong, confident woman who speaks loudly and powerfully… I mean surely she must be the abusive partner?

In this sense, I feel that The Delights of Dogs is quite healing to people like myself as it highlights that abuse can happen to anyone; in addition to highlighting this point to those people who are lucky enough not to have suffered abuse in their life.

What was, also, excellent about the play was the style and quality of acting. Dramatic techniques of breaking the fourth wall suited the intimacy of the play and added to the connection with the characters. The acting itself from both Blessed and Wilkins was second to none. Both portrayed the seemingly normalcy of their characters with ease with just slight highlights in their characters’ personality of what they were truly like, particularly in the case of Wilkins. Additionally, Wilkins portrayed an excellent representation of a dog to the extent that it was slightly unnerving as to how realistic he was.

This relates to the other aspect of the play; the impact dogs can have on a person. The Delights of Dogs and the Problems of People really does show the true delights that a dog can bring to a person’s life even in the darkest times.

Finally, and without trying to give too much away, the ending was dynamic and provoked several different reactions from the audience with some sat with their hands over their mouth and others looking away in what could be seen as a way of expressing discomfort; for me, however, the over powering feeling was ‘that could have been me’. And it is for that reason as to why I think that The Delights of Dogs and the Problems of People should continue from here and be shown across the country as a way of pleading with people to get out as soon as possible, to contact the police as soon as possible no matter how hard it may seem and get some sort of protection put in place because as The Delights of Dogs and the Problems of People demonstrates what may not be a stereotypical abusive relationship can suddenly turn… and yes I do mean you because as the play shows it can happen to anyone.

Overall, I think that The Delights of Dogs and the Problems of People is a super play which everyone from those that have been abused to those that have not, and even those that are abusive themselves, should be given the chance to see for I believe it has the potential to save lives and if it saves at least one person then surely that is a good thing.

A dark comedy following the journey of a relationship.
The Delights of Dogs and the Problems of People is unafraid to ask the big questions like, “How do you clean a car full of dog sick with only a sad handful of damp serviettes?”

This is a play for anyone who has been in love or experienced heartbreak or has had to get out of bed on a chilly night to let the bloody dog out for a pee – only to watch them sniff a pot plant for ten minutes, not pee then want to come back in again.

Delights of Dogs is a sometimes harrowing story but it’s worth it as somebody in the audience will get a free drink!

Life isn’t easy but it helps to have a paw to hold throughout it all.