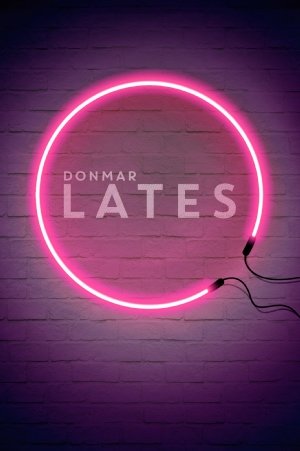 The Donmar Warehouse is pleased to announce that Daniel Evans and Jenna Russell will curate a series of intimate evenings of music and song performed in the iconic setting of the Donmar auditorium. Each cabaret evening will feature the best of musical theatre, with a programme of songs by Stephen Sondheim, Jason Robert Brown, Noël Coward and Lin-Manuel Miranda. From its early days as a rehearsal studio for the Beatles and the Rolling Stones, to the hugely successful Divas at the Donmar series in the early 2000s, the Donmar has presented outstanding musical talent over many years, and is delighted to continue this tradition with Donmar Lates.

Daniel and Jenna will be joined by special guests Hannah Waddingham (Spamalot and A Little Night Music) and Giles Terera (Hamilton and The Book of Mormon), who will perform their favourite songs from the world of musical theatre and beyond. They will be accompanied by a three-piece band led by Musical Director Theo Jamieson, whose recent credits include Everybody’s Talking About Jamie and Funny Girl.

Daniel and Jenna led the cast in the acclaimed 2007 production of Sunday in the Park with George, winning the Olivier Awards for Best Actor and Best Actress in a Musical, before transferring to Broadway the following year.

Daniel is the current Artistic Director of Chichester Festival Theatre. He won his first Olivier Award for his performance in Sondheim’s Merrily We Roll Along at the Donmar Warehouse. Jenna is a Tony-nominated prolific theatre and TV actress. She performed in the Donmar Warehouse production of Into the Woods and the concert series Cutting Edge.

Donmar Lates runs alongside Lyndsey Turner’s acclaimed production of Caryl Churchill’s Far Away. Performances of Far Away have been extended to Saturday 4 April.