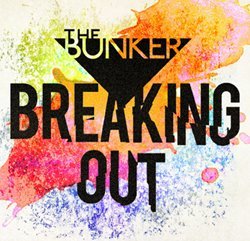 The Bunker Theatre have announced two exciting inaugural resident theatre companies and a brand-new initiative which will give six emerging theatre companies the opportunity to showcase world-premiere work this summer.

Damsel Productions and Pint-Sized will be The Bunker’s resident companies working with the venue on its outreach, programming, and script reading work. Damsel Productions recently presented Damsel Develops and will be producing the full-length production of Izzy Tennyson’s Grotty which opens at The Bunker in May. Pint-Sized have hosted six highly successful play-nights at the venue since October 2016 where they have premiered 40 new short plays from some of the country’s most interesting emerging playwrights.

Led by Hannah Hauer-King and Kitty Wordsworth, Damsel Productions is an all-female theatre company that aims to contribute to a larger and crucial movement, addressing both the under-representation and misrepresentation of women in theatre. The company brings together female directors, producers, designers and all other female artists to breathe life into scripts exclusively written by women.

Damsel Productions comments, “We are thrilled to join The Bunker as a resident company and look forward to continuing our commitment to creating work centred around women and building all-female creative teams. The opportunity to fulfil and develop our company ethos at one of London’s most exciting new theatrical venues is an absolute privilege, and we hope to bring more initiatives to the space that connect diverse groups of women in the industry.”

Pint-Sized support emerging writers from across the UK and are particularly committed to voices that aren’t adequately represented in British theatre – they give feedback or support to any writer who identifies as an artist of colour, LGBTQIA*, working class, disabled or learning-disabled. Founders Nicholas Oliver and Matt Maltby take open submissions where they read over 1,500 short pieces and extracts per year and showcase the best to the industry. Mentors for the winning writers include: James Graham, Timberlake Wertenbaker, April De Angelis, Lolita Chakrabarti, Dennis Kelly and Polly Stenham.

Pint-Sized say, “The Bunker stage is one of the best spaces for new-writing in the city and we couldn’t be happier to be joining a team who are really committed to supporting bold, diverse and inclusive work, and who, like us, have a genuine passion for supporting emerging artists.”

Alongside these two Resident Companies, Artistic Director Joshua McTaggart has also introduced an exciting new initiative called Breaking Out where The Bunker will programme a season of work created by six of the most ambitious and adventurous emerging theatre companies in the city. These companies will be chosen through an application and pitch process overseen by The Bunker’s core creative team including Damsel Productions and Pint-Sized.

Chosen companies will have a 4-week residency at The Bunker and will each receive mentoring from The Bunker team, access to free rehearsal space and bespoke PR and marketing support. Companies have until Friday 23rd February at 12pm to submit an application for Breaking Out. For more information about eligibility and the application form, visit
https://www.bunkertheatre.com/get-involved/breaking-out.