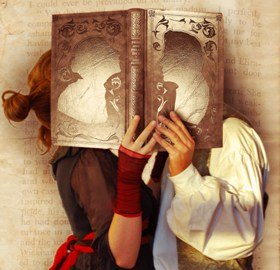 21 characters, 2 actors and 1 of the most romantic stories of all time…
Following sold out successes in 2014, this highly praised and enchanting retelling of the nation’s favourite novel now embarks on its second UK tour. Pride and Prejudice is a must for all Austen fans and those looking for a fresh and surprising new piece of theatre.

Over 200 years after it was first published, Joannah Tincey’s adaptation brings Pride and Prejudice to life with just two actors. Using nothing but Austen’s text and their own ingenuity the actors illuminate Austen’s words in a fresh and relevant way for the modern viewer.

Joannah Tincey comments, “I wanted to create an adaptation where the characters talk to the audience in the same way that Austen talks to her readers. By addressing the audience directly and allowing the characters to speak for themselves, we are bringing Jane Austen’s unique and witty writing style to life in a truly theatrical context.”

The full gamut of Austen’s 21 characters and locations, from the Meryton Assembly to the grounds of Pemberley, from Mrs Bennet’s nerves to Mr Wickham’s misdeeds all come to life in this highly inventive production. And, of course, there are Darcy and Lizzy, who move from instant dislike to something altogether more affectionate.

Fun, fast and, most importantly, romantic, this production sparkles with wit and style, offering a brand new interpretation of one of literature’s greatest love stories.

Pride and Prejudice is a delightful little gem of theatre that pulses with comedy and energy… It’s witty, engaging and not to be missed (A Younger Theatre).

Pride and Prejudice
Running time 2 and a half hours (including an interval)
Box Office Tickets are available from individual theatre box office
Book tickets and tour dates at www.pandptour.com