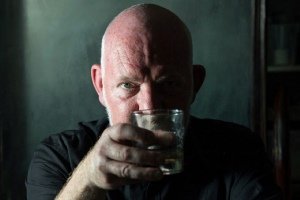 A chance meeting between two elderly writers in a North London pub leads to an alcohol-fuelled night of reminiscences and verbal sparring.

Hirst, a wealthy recluse, invites Spooner, a down-at-heel poet, to his Hampstead townhouse for a nightcap. As the shadows lengthen and the whisky flows, their stories become more elaborate and improbable, until the arrival of two younger men forces events to take an unexpected turn.

In his most beguiling and atmospheric play, Pinter interweaves truth, language and memory to create a world of dark comedy and subtle power games.

Artistic Director Michael Cabot said today “I’m absolutely thrilled to be working on No Man’s Land. It’s my sixth time directing a Pinter play so it goes without saying I’m a huge admirer of his work. The terrific success of Jamie Lloyd’s recent Pinter at the Pinter season has reinforced how his writing still has the power to intrigue and resonate with audiences today and we’re very excited about carrying the torch around the UK this autumn. No Man’s Land is a wonderfully complex, layered play but also full of comic nuance. I’m delighted that Bek Palmer and Andy Grange, the team who worked on our productions of The Birthday Party and Betrayal, are joining LCT again for this new chapter.”

Nicholas Gasson plays Spooner. His credits for the company include The Caretaker, Someone Who’ll Watch Over Me and Entertaining Mr Sloane. Other theatre credits includes Wings (Young Vic),The Dumb Waiter, The Lover (European Arts), James and the Giant Peach (No.1 tour), A Chip in the Sugar from Talking Heads (Theatre Royal, Bury St Edmunds), Season’s Greetings (The Mill at Sonning), The Picture of Dorian Gray (Greenwich Theatre), Pink for a Boy (Oldham Coliseum) and School for Wives (BAC). His television credits include Shadow in the North, Private Life of an Easter Masterpiece and Merlin.

Moray Treadwell plays Hirst. His credits for the company include Hysteria. Other theatre credits include Some Mother’s do ‘Ave ‘Em (UK tour), The Railway Children (London King’s Cross Theatre), Macbeth (Mercury Theatre), Romeo and Juliet (Theatre Royal, Bury St Edmunds), Wait Until Dark and The Little Foxes (Perth Theatre), The Caretaker, The Last Yellow (Nuffield Southampton Theatre), Arsenic and Old Lace, and Chitty Chitty Bang Bang (UK tours). His television credits include Manchild, My Family, Murder Most Horrid, Beck, Ultraviolet, Wuthering Heights, Planespotting and Whose Baby Is it Anyway?. For film his credits include Pirates of the Caribbean: Dead Man’s Chest and Round Ireland with a Fridge.

Michael Cabot directs. He is the founder and Artistic Director of London Classic Theatre. He has directed all forty LCT productions since their London debut in 1993, including My Mother Said I Never Should, Private Lives, Hysteria, The Birthday Party, Waiting for Godot, Absent Friends, Entertaining Mr Sloane, Betrayal, The Importance of Being Earnest and Equus. He has overseen the company’s transition from one of the success stories of the London Fringe in the late nineties to its current position as one of the UK’s leading touring companies. His freelance work as director includes three recent collaborations with award-winning playwright Henry Naylor, The Collector (Arcola Theatre 2014 & UK tour 2016), Angel (Edinburgh Festival Fringe première 2016) and Borders (Edinburgh Festival Fringe première 2017). Angel has won several theatre awards, including a Scotsman Fringe First and the Holden Street Theatres Edinburgh Award in 2016. The production transferred to the Adelaide Fringe in February 2017, winning the Adelaide Critics Circle Award, before playing at the 59E59 Theatre in New York as part of the Brits off Broadway season. Angel was chosen by The Times as one of the UK’s Top Ten productions in 2016. Borders won a Scotsman Fringe First and the Carol Tambor Best of Fringe Award. It also won the Adelaide Critics Circle Award and transferred to New York Theatre Workshop in June 2018.

The producers and creative team are delighted to announce a new booking period for the West End production of the Tony, Grammy and Olivier … END_OF_DOCUMENT_TOKEN_TO_BE_REPLACED

Having had to shut down the production of Bruce Norris’ seminal play Clybourne Park at final dress rehearsal in March 2020, Trish Wadley Productions … END_OF_DOCUMENT_TOKEN_TO_BE_REPLACED

9 to 5 The Musical Celebrates DOLLY PARTON Being Awarded 47 New Gold and Platinum Certifications. As the UK Tour recommences Dolly Parton’s 9 to 5 … END_OF_DOCUMENT_TOKEN_TO_BE_REPLACED