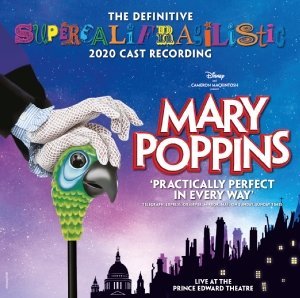 Cameron Mackintosh with First Night Records and Warner Music announce the new live cast recordings of the hit West End productions of Mary Poppins and Les Misérables – The Staged Concert. Both are now available to pre-order with Mary Poppins releasing on 6th November 2020 and Les Misérables – The Staged Concert on 20th November 2020.

In addition, also released today with the album pre-orders, are the instant-grat tracks A Spoonful of Sugar with Zizi Strallen, Joseph Millson, Amy Griffiths, Adelaide Barham and Gabriel Payne and Step In Time with Charlie Stemp, Zizi Strallen, Adelaide Barham, Gabriel Payne for Mary Poppins and Valjean’s Soliloquy with Alfie Boe and Stars with Michael Ball for Les Misérables – The Staged Concert

Disney and Cameron Mackintosh’s Mary Poppins returned to its original home in the Prince Edward Theatre last October marking the first time this new production had been seen in London. The production is currently nominated for six Olivier Awards including Best Musical Revival.

The original music and lyrics are by Richard M. Sherman and Robert B. Sherman which include the classic songs Jolly Holiday, Step in Time, Feed the Birds and Supercalifragilisticexpialidocious. New songs and additional music are by the Olivier award-winning British team of George Stiles and Anthony Drewe. Book is by Academy Award®-winning screenwriter Julian Fellowes and the production is co-created by Cameron Mackintosh. The producer for Disney Theatrical Productions is Thomas Schumacher.

Based on the stories of P.L. Travers and the original Walt Disney film, the adult cast on this new cast recording comprises Zizi Strallen in the title role, Charlie Stemp as Bert, Joseph Millson as George Banks, Petula Clark as the Bird Woman, Amy Griffiths as Winifred Banks, Claire Moore as Miss Andrew, Claire Machin as Mrs Brill, Jack North as Robertson Ay and Paul F Monaghan as Bank Chairman and Admiral Boom.

Mary Poppins has orchestrations by William David Brohn with dance and vocal arrangements by George Stiles. It has a new sound design by Paul Gatehouse and new lighting by Hugh Vanstone and Natasha Katz. Co-choreography is by Stephen Mear. The reimagined set and costume designs are by Bob Crowley. Co-direction and choreography is by Matthew Bourne and direction by Richard Eyre.

Mary Poppins has orchestrations by William David Brohn with dance and vocal arrangements by George Stiles. It has a new sound design by Paul Gatehouse and new lighting by Hugh Vanstone and Natasha Katz. Co-choreography is by Stephen Mear. The reimagined set and costume designs are by Bob Crowley. Co-direction and choreography is by Matthew Bourne and direction by Richard Eyre.

This first-ever staged version of Mary Poppins originally opened in the West End in December 2004, running for over 1,250 performances. During this time, the production won two Olivier Awards and an Evening Standard Award. The Tony Award®-winning Broadway production ran for over six years and a subsequent new production of the show, adapted from the original, has enjoyed international record-breaking runs. Mary Poppins continues to fly around the world spreading her magic to many countries globally. The recent acclaimed London revival, whose terrific cast is featured on this live album, has proved the most successful production yet and hopes to return to the West End next spring.

Recorded live at the Gielgud Theatre last year with an all-star cast including Michael Ball as Javert, Alfie Boe as Jean Valjean, Carrie Hope Fletcher as Fantine, Matt Lucas as Thénardier, Rob Houchen as Marius, Bradley Jaden as Enjolras, Katy Secombe as Madame Thénardier, Shan Ako as Éponine and Lily Kerhoas as Cosette and an orchestra of over 65. The much-celebrated Les Misérables score includes I Dreamed a Dream, On My Own, Stars, Bring Him Home, Do You Hear the People Sing?, One Day More, Empty Chairs at Empty Tables, Master Of The House and many more. 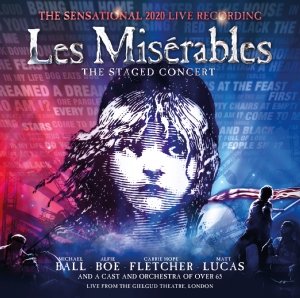 Earlier this year for every digital download purchased The Mackintosh Foundation separately donated £5.00 which was shared amongst the charities, Acting for Others, the Musicians Union Coronavirus Hardship Fund and Captain Tom Moore’s Walk for the NHS fund. Mackintosh also donated a further £100,000 from his Foundation to help launch the fundraising initiatives for those charities. In July this year he donated £100,000 to the Theatre Artists Fund.

The original Cameron Mackintosh/RSC 1985 production of Les Misérables played at the Barbican and Palace Theatres before continuing its record-breaking run at the Queen’s Theatre. In July 2019 Mackintosh closed the original production and Queen’s Theatre which was totally re-built with a spectacular new auditorium. It re-opened after four month’s work as the Sondheim Theatre with the new version of Les Misérables which opened to stunning reviews last January and hopes to return to the West End next Spring.

During the four-month closure, Mackintosh mounted a four-month sell-out season of Les Misérables – The Staged Concert with this cast next door at the Gielgud.

Produced on stage by Cameron Mackintosh, Les Misérables is the longest-running musical in the world, having run over 35 years and been performed in 52 countries and 22 languages and won over 100 international awards. The combined audience for the show and the Academy Award-winning film is 120 million people. The film is one of the 10 biggest movie musical box office successes of all time.