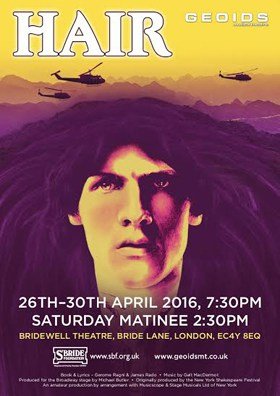 Nearly 50 years after it was first performed in America, the original rock musical, Hair, will run at the Bridewell Theatre on Fleet Street, central London from 26 to 30 April in a brand new production. The show’s issues of intergenerational strife and war versus peace are as relevant as ever and ensure the musical still resonates today.

The hippie ideology of the late 1960s sought a new world order based on love, peace and harmony. The Tribe have chosen to live together in a commune led by the charismatic Berger. As they act out their lives, we glimpse their beliefs and vision for a better world. At a time when thousands of young men were going to fight in Vietnam, they refused, and dared for the first time to challenge authority. 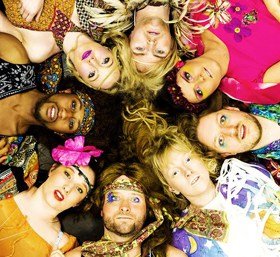 PW Productions are delighted to announce the new cast of Susan Hill’s THE WOMAN IN BLACK at The Fortune Theatre, London. Julian Forsyth returns to the … END_OF_DOCUMENT_TOKEN_TO_BE_REPLACED

Full casting is announced for the award-winning smash-hit production of Girl From The North Country, written and directed by celebrated playwright … END_OF_DOCUMENT_TOKEN_TO_BE_REPLACED

The producers of Jim Steinman’s Bat Out of Hell – The Musical, featuring Jim Steinman and Meat Loaf’s greatest hits, are delighted to announce the … END_OF_DOCUMENT_TOKEN_TO_BE_REPLACED

ABBA Voyage is the long-awaited concert from one of the biggest pop acts of all time. Featuring a setlist of hit songs, see ABBA’s avatars accompanied … END_OF_DOCUMENT_TOKEN_TO_BE_REPLACED