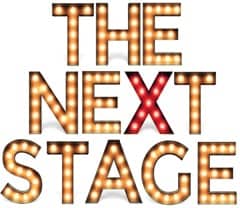 This was the first of hopefully many annual TEDx events at the Royal Central School of Speech and Drama. For those readers unfamiliar with the concept of TED and TEDx, I will give a brief overview. TED began as a conference in
1984 for ‘Ideas Worth Spreading’, and initially comprised talks based on technological development. It then quickly grew in scope to include speakers from myriad and diverse fields. ‘TEDx’ is an offshoot project, in which the TED organisation licenses local volunteers to independently organise their own TED-esque conferences. Obviously the premise of ‘Ideas Worth Spreading’ remains equally applicable to TEDx events. And the talks of this particular event certainly contained some thought-provoking ideas.

Royal Central School is conveniently located just outside Swiss Cottage tube station. Attendees were given a bag with a programme, a pen, and a pad of paper (hint: take notes so that you are well stocked up for later discussions). The day was broken up – in a most theatrical fashion – into four Acts, for a total of 17 live talks. Interspersed were refreshment breaks, a lunch hour, and entr’acte entertainments: dance, music, pre-recorded TED talks, a short film, and, to top it off, host Niall Hunt falsetto-singing Kate Bush’s Wuthering Heights in full drag. These ensured that the day was good fun as well as intellectually stimulating. On that note, the free wine at the drinks reception afterwards went down a treat; I amusedly note the parallels with a Socratic symposium.

The talks themselves revolved around the notion of ‘The Next Stage’, and although one or two were admittedly only tenuously linked, all were interesting. Many aspects of stagecraft and acting were covered, from frustration with costume norms to the fragmented experience of acting for video games. The role of performance arts (e.g. Applied Drama and Slam Poetry) in holistically improving people’s lives was also explored.

The avant-gardism implied by ‘The Next Stage’ meant that a left-leaning political slant in some of the talks was almost inevitable. Buzzwords such as marginalisation, diversity, inclusivity, iniquities, and shame (in pedagogical and self-worth contexts) abounded. Even the good old ‘safe space’, currently something of a marmite term, made a couple of appearances. It is undeniable that today’s political climate is sadly marked by increasing polarisation; I suggest that one of the only ways to resolve this is by exposing people of different views to different ideas.

Arguably this is the essence of both theatre and a TEDx event. As such, a TEDx event about theatre is a kind of double dose of what society needs. Provided that you attend with an open mind, there is no reason why someone not so left-leaning cannot enjoy it. I myself am an example of this.

In counterbalance to the politics were the more aesthetic and cognitive approaches behind the rest of the talks. For instance, Tim Crouch’s talk on Autosuggestion made a compelling case for theatre to strive less for realism and more for imaginative potency; and Jon Davison asked whether we find the ‘failures’ of clowns amusing because of formulaic illusion or schadenfreude.

The speakers’ delivery was on the whole excellent, with tones varying from comic to impassioned. There were only a couple of slip-ups throughout the day, but these were quickly and maturely rectified. Speakers should, therefore, be commended for their composure; as should the behind-the-scenes team for making the day run so smoothly.

This was a highly impressive inaugural student organised event, led by Jake Saunders, Caroline Tyka, and Ella Howe. I would like very much to attend the next one.

TEDxRoyalCentralSchool: The Next Stage. A Day of original talks surrounding the theme of The Next Stage. The event took place on September 1st 2017 in the Embassy Theatre, Royal Central School of Speech and Drama.

ENGLISH TOURING OPERA, the only English professional touring opera company, working on a minuscule Arts Council subsidy when compared to other, less … END_OF_DOCUMENT_TOKEN_TO_BE_REPLACED

TuckShop - the UK’s only specialist production company devoted all things drag - are back in the West End this Christmas with DICK WHITTINGTON, the … END_OF_DOCUMENT_TOKEN_TO_BE_REPLACED

Producer Stacey Mindich has announced the Olivier award-winning Company returning to Dear Evan Hansen next month. The London production reopens at the … END_OF_DOCUMENT_TOKEN_TO_BE_REPLACED

Global Creatures, the producer of Moulin Rouge! The Musical, is thrilled to announce today the cast for the UK premiere of the acclaimed show, which … END_OF_DOCUMENT_TOKEN_TO_BE_REPLACED