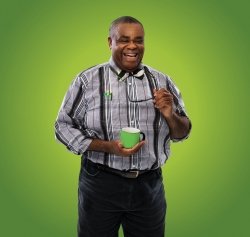 Full casting has been confirmed for the UK tour of In The Willows: the explosive brand new musical retelling of The Wind In The Willows, from the award-winning Metta Theatre. Olivier award-winning actor, ‘the nation’s favourite pantomime dame’, and star of BBC’s The Story of Tracey Beaker, Clive Rowe will star as Mr Badger, while X Factor favourite Seann Miley Moore (Duck) and Let It Shine performer Matt Knight (Chief Weasel) join the cast.

Choreographed by Rhimes Lecointe, the production will incorporate British Sign Language (BSL) into the choreography and BSL interpreted performances for a unified production for D/deaf and hearing audiences alike. The production opens at the Exeter Northcott on 22 February 2019, touring the UK until 1 June, with a press night on Thursday 21 March at the Belgrade Theatre, Coventry.

Chris Fonseca (‘Otter’) will be joined by the hip-hop dancer Kloe Dean as ‘Owl’, Let It Shine singer and performer Matt Knight as ‘Chief Weasel’, Katherine Picar as ‘Bitchy Rabbit’, and dancer Sean Moon as ‘Snitchy Rabbit’. ‘Twitchy Rabbit’ and further casting to be announced soon.

Mole’s first day in ‘The Willows’. The kids look a bit rough. Surely Mr Badger will look out for her, while hip-hop cool girl Rattie, rich kid rapper Toad and street-dancing Otter teach her the ways of the Riverbank. But when Toad gets locked up for joyriding, the Weasel Clan break in and squat his pad, the Pool Hall. Now it’s only a matter of time before Chief Weasel reveals Mole’s dark secret…

After suffering meningitis, street dancer Chris Fonseca was made deaf in both ears from a very young age. He dances with the use of a Cochlear Implant in one ear, and the sensation of musical vibrations through his body. In 2010, Chris joined the all deaf dance group, Def Motion. In 2014, he joined Studio 68 dance training academy as a teacher and choreographer. He is now a solo dancer.

Hip-hop dancer, choreographer and freestyler Kloe Dean is part of the leading street dance company Boy Blue Entertainment, as well as leading her own all female dance collective, Myself UK Dance. Kloe has performed in numerous productions, showcases and competitions in and around the UK, as well as dancing for music artists and touring with Blaze. She has also showcased her own choreography at Breakin Convention, at the international hip-hop championships in Las Vegas and appeared on Channel 4, CBBC and Sky.

‘EASY LIFE’ from the new musical IN THE WILLOWS


Katherine Picar was a cast member of the West End Revival of Miss Saigon at the Prince Edward Theatre, and she returned to the production in the original cast of the UK and Ireland tour. Other credits include: Jill in the Web Series Scare School, Lead Singer in ASAP20 Live at the SSE Wembley Arena for The Filipino Channel (TFC) and the original workshop and bootcamp for Hamilton (London). As a dancer Katherine appeared in the United Kingdom Eurovision Music Video entry in 2015, as Ballet/Pointe Girl in Billy Elliot The Musical directed by Stephen Daldry and as a tap dancer on The One Show for Arlene Phillips.

With epic show tunes and killer beats, this classic story is brought popping and locking into the twenty first century in an extraordinary new hip-hop musical.

After their smash hit street-dance Jungle Book and circus-musical Little Mermaid, the award-winning Metta Theatre bring you a bold new take on this much-loved classic. Metta Theatre is at the forefront of cross-art-form theatre practice, known for combining emotionally powerful performances with imaginative theatricality and striking visual style. Metta Theatre is one of the UK’s leading mid-scale touring companies – making exceptional theatre and opera that represents and celebrates the diversity of our world.

Olivier-award winner Clive Rowe MBE has had an illustrious career on stage and screen; best-known to family audiences for his role as ‘Norman “Duke” Ellington in BBC Children’s drama The Story of Tracy Beaker, Clive’s extensive stage credits include Me and My Girl (Chichester), Guys and Dolls (NT and West End), Chicago (Adelphi), The Light Princess (NT), Kiss Me Kate (Chichester and Old Vic), and many appearances in panto, particularly at the Hackney Empire.

In The Willows is produced by Metta Theatre and Exeter Northcott Theatre, supported by the Arts Council Strategic Touring Fund.

'Look anyone will tell you, I’m a pretty straight sort of guy.' Tony Blair A reckless reappraisal of the life of former Ugly Rumours front man and … END_OF_DOCUMENT_TOKEN_TO_BE_REPLACED

Michael Harrison and the Really Useful Group are thrilled to announce that The Wizard of Oz, the musical based on the iconic story by L. Frank Baum, … END_OF_DOCUMENT_TOKEN_TO_BE_REPLACED

Following major demand for tickets, the Queen of comedy Dawn French has announced a host of new UK tour dates for her critically acclaimed live … END_OF_DOCUMENT_TOKEN_TO_BE_REPLACED