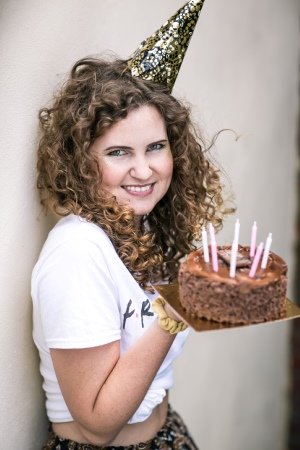 A show with a title like How To Save A Life could be one of those (very) few immersive productions that I would want to take part in: an interactive journey through various scenarios in which hypothetical life-threatening scenarios could be presented to the audience, and somehow or other, various alternatives regarding how to proceed with regards to saving a life could be discussed and debated. This production, it will come as no surprise to you, isn’t that: so, I’m none the wiser, having suspended disbelief prior to entering the theatre, as to how I actually could save a life if I really were to be someone’s last hope.

What I can tell you is this. Melissa (Heather Wilkins) narrates her own life story in retrospect, and it is a life that ends decades before it should have done. Although it brings to the table an important issue, the production nonetheless follows a convention of many (but by absolutely no means all) shorter plays in recent years, where everything is ticking along more or less nicely, save for ‘first world problems’, before a Very Critical Incident suddenly occurs, leaving the show’s characters staring into the abyss, stunned and bewildered, wondering what to do next.

The other characters are Melissa’s boyfriend Toby (James Ford) and her ‘best friend forever’ Maria (Katerina Robinson) – nobody leaves the stage for the duration of the performance, so all the props and costumes required are strategically assembled on stage. From my vantage point further back this wasn’t problematic at all but may possibly be a little distracting for front row patrons, seeing various objects and items hung up in various places, or otherwise on the floor. I rather liked this approach, as it kept the momentum going without any awkward gaps between the end of one scene and the beginning of the next. The performance space was still relatively uncluttered, allowing for nightclub scenes where the two ladies were dancing the night away.

The play is often amusing, even for people like me who couldn’t relate to much of it or otherwise were a bit sceptical of the idea that three people could sustain a conversation in a nightclub without having to yell into each other’s ears – though there is, of course, such a thing as dramatic licence, insofar as the audience needs to hear what is being said. Melissa continually tries to put on a brave face in the light of increasingly bad news, and while she initially wondered if she could ever smile again given what happened to her, it was evident that laughter and clubbing were increasingly being used as coping strategies.

An already briskly paced production becomes that little bit faster – time is of the essence, and with the Grim Reaper booked in for sooner rather than later, more than ever, there’s a life to be lived to the full – straight away. Oh, and perhaps the narrative does suggest a way in which lives could be saved: don’t wait, if anything at all is significantly abnormal body-wise, make an appointment and get it checked out with minimal delay.

I am in admiration of how the production doesn’t get sentimental or preachy: the use of chart music that permeates the dialogue at regular intervals provides a cheery contrast to the sober medical updates. I don’t think there was anything new to be learned here, but there can never be enough reminders to make every day of life count, and to resolve to make a positive difference to those around us. A thoughtful and witty production.

Melissa’s loves cake, glitter and she’s got Cervical Cancer. Join us as she tells the story of the lead up to her death party. A dark comedy in the wake of a young woman’s diagnosis of cervical cancer. In an attempt to put on a brave face and live life to the fullest she plans a party, a death party. Melisssa wakes up in Heaven and realising she might be dead she decides to tell you the story of her life, a cyclical story that charms you, makes you laugh, cry and book that next smear!