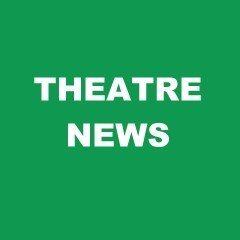 According to online reports “Mackintosh To Acquire Victoria Palace And Ambassadors – Renamed For Sondheim!“.

The report states that: Sir Cameron Mackintosh has today announced two major additions to his West End theatre group with the confirmation that he will take over The Victoria Palace Theatre in June this year and the Ambassadors Theatre by 2015, renaming it The Sondheim Theatre.

An ambitious new plan to improve significantly the 1500 seat Victoria Palace Theatre, home to much loved shows including Buddy, Annie and currently Billy Elliot will be implemented, starting with closure for about a year from autumn 2016, to tie in with surrounding redevelopment work. The stage will be extended by six metres, the front of house enlarged and completely overhauled and the auditorium and exterior restored to its full glory.

Cameron Mackintosh says: “I am delighted to have the opportunity to take over stewardship of the Victoria Palace Theatre from Sir Stephen Waley-Cohen. I consider its auditorium one of Matcham’s finest, with a remarkable fusion of intimacy and scale, a gloriously rich décor and perfect sight lines from every seat.

“Despite hosting many long running hits including Buddy, Annie, and the current Billy Elliot, the theatre’s shallow stage has meant that it can’t accommodate many of the big shows that might have played there.”

“What really made the Victoria Palace irresistible to me is that Stephen has imaginatively seized the opportunity arising from the major building development taking place all around the theatre to obtain planning consent to extend the stage and front of house areas. This means that the full potential of the theatre can be realised with one of the best stages in the West End, ensuring it will become one of London’s most desirable and, thanks to the Victoria Station expansion scheme, strategically sited musical houses.”

“With planning already approved in principle, we intend to close the theatre for about a year from late 2016, in order to tie the work into the rest of the exterior development. This purchase will take place over the next few weeks.”
Source for above content is Broadway World

What happens to Billy Elliot the musical, which celebrates its 10th birthday in 2015, and then the theatre due to close the following year in 2016. Either the show will close, perhaps for a year, or as some other big named shows such as Les Miserables, Mamma Mia!, and Jersey Boys, have done is find a new home. Time will tell whether one of London’s most popular musicals spends its Christmas in 2016.

The National Theatre’s new musical Hex returns to the Olivier theatre for Christmas, after its original 2021 opening was delayed due to covid. The … END_OF_DOCUMENT_TOKEN_TO_BE_REPLACED

As it celebrates its 8th anniversary in the West End, The Play That Goes Wrong, the Olivier Award-winning smash hit announces an extension to the … END_OF_DOCUMENT_TOKEN_TO_BE_REPLACED

Producer Josh Andrews has today announced the lead cast for the UK tour of Peter James’ Wish You Were Dead: George Rainsford, will star as James’ … END_OF_DOCUMENT_TOKEN_TO_BE_REPLACED

MAMMA MIA! THE PARTY, London’s premier dining experience, is delighted to announce the new cast arriving at Nikos Taverna on the Greek island of … END_OF_DOCUMENT_TOKEN_TO_BE_REPLACED

Perform Productions is delighted to announce the cast and creative team for the West End premiere of Magical Merlin this October half-term. The … END_OF_DOCUMENT_TOKEN_TO_BE_REPLACED