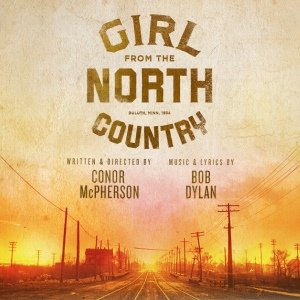 The critically-acclaimed hit Girl from the North Country, written and directed by Conor McPherson with music and lyrics by Bob Dylan, is to play at the Gielgud Theatre in the West End for a limited season from 10 December 2019 to 1 February 2020. Girl from the North Country opens in the West End following a run at the Royal Alexandra Theatre, Toronto, opening 28 September 2019, and prior to the Broadway production opening in March 2020 at The Belasco Theatre.

Girl from the North Country opened at The Old Vic in July 2017 to huge critical acclaim and playing to sold-out audiences. It transferred to the Noël Coward Theatre in December 2017 and won the 2018 Olivier Awards for Best Actress in a Musical and Best Supporting Actress in a Musical as well as being nominated in the Best New Musical, Outstanding Achievement in Music and Best Actor in a Musical categories. The production went on to have a sold-out run at the Public Theater, New York in 2018. Girl from the North Country opens at the Gielgud Theatre following a run at the Royal Alexandra Theatre, Toronto, from 28 September to 24 November 2019. The Broadway production will open on 5 March 2020, with previews from 7 February, at The Belasco Theatre. Casting for the Broadway production is to be announced.

1934. A time-weathered guesthouse in the heartland of America. Only a song can shake off the dust for one group of wayward souls—and old dreams may hold the promise of new beginnings. As they pass in and out of each other’s lives, their stories awaken with passion, fury and extraordinary beauty.

Reimagining the music of Bob Dylan as roof-raising ensemble pieces and soul-stirring solos, celebrated playwright Conor McPherson (The Weir, The Seafarer) writes and directs this heartbreaking and universal story about family and love.

The idea of Bob Dylan’s songbook landing on a playwright’s mat, along with the invitation to use whichever of the numbers he fancies for the making of a stage musical, sounds like the plotline for a dare-to-dream show.
Review by Alan Franks