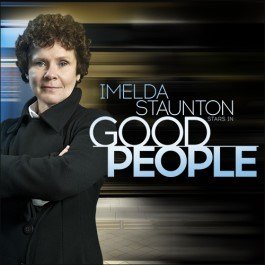 If you were born in South Boston you’ve started life on the wrong side of the tracks, so just making ends meet will need all the energy you can muster. Margie (Imelda Staunton) is a sharp-tongued single-mother on the edge. Hearing that an old boyfriend who has made good is in town, she decides to corner him, but when Margie’s plan brings unexpected consequences for her and the unsuspecting Mike (Lloyd Owen), both must look to the past to re-examine the choices and secrets that brought them back together.

Jonathan Kent made his Hampstead Theatre debut with this production. His numerous directing credits include Sweeney Todd and later this summer Gypsy both at Chichester Festival Theatre, both starring Imelda Staunton. Most recently he directed the Olivier Award nominated production of Private Lives in Chichester and the West End. Between 1990 and 2002 he was joint Artistic Director of the Almeida Theatre, which he founded as a full-time producing theatre.

A packed line-up of 34 hit West End shows has been unveiled so far ahead of this year’s West End LIVE, a free and unticketed celebration of London’s … END_OF_DOCUMENT_TOKEN_TO_BE_REPLACED

Based on the true story behind the escape from the infamous Stalag Luft III prisoner of war camp, Tom, Dick and Harry (the names of the three tunnels … END_OF_DOCUMENT_TOKEN_TO_BE_REPLACED