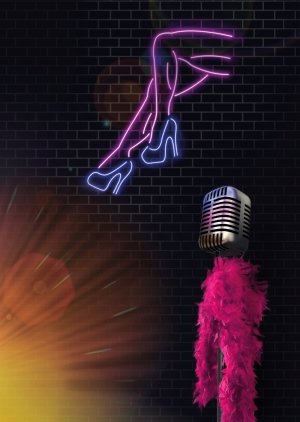 Nightclub owner Georges and his dazzling drag artiste partner Albin create the most spectacular shows in St. Tropez. But when Georges’ son Laurent announces his engagement to the daughter of a notoriously right-wing politician determined to bring the curtain down on the town’s vibrant nightlife, the real performance begins.

As Georges and Albin entertain their soon-to-be in laws and attempt to conceal their true nature for the sake of their son, how long can the façade last?

Translator Simon Callow is an actor, author and director. He joined the National Theatre in 1979, where he created the role of Mozart in Peter Shaffer’s Amadeus. His many one-man shows include The Mystery of Charles Dickens, Being Shakespeare, A Christmas Carol, Inside Wagner’s Head, Juvenalia and, most recently, The Man Jesus. He has appeared in many films including A Room with a View, Four Weddings and a Funeral, Shakespeare in Love, Phantom of the Opera and has recently played The Duke of Sandringham in the television series Outlander. He directed Shirley Valentine in the West End and on Broadway, Single Spies at the National Theatre and Carmen Jones at the Old Vic, as well as the film of The Ballad of the Sad Café. He has written biographies of Oscar Wilde, Charles Laughton and Charles Dickens, and three autobiographical books: Being An Actor, Love Is Where It Falls, and My Life in Pieces.

Simon Callow said: “La Cage aux Folles is a great – and brilliantly funny – play about living the life you want to live. It’s also a bit of an eye-opener about what it was to be out and gay in the early seventies. But there’s nothing remotely preachy about it – it’s zany, outrageous, mad. A rampant farce, and utterly life-affirming.”

Jez Bond said: “Despite attitudes to the LGBTQ community having changed over the last few years, we live in a world that’s divided. Nearly fifty years after it first delighted audiences in Paris, the farce that inspired four films and an award-winning musical continues to shine a light on the ridiculousness of bigotry. I’m delighted to be directing this hilarious, heartfelt comedy; and to be bringing the original play to the stage for the first time ever in the English language.”

Michael Matus plays Georges. Recent credits include Grimaldi in The Astonishing Times of Timothy Cratchitt (Hope Mill Theatre), Edward/Stanley in Richard III (UK Tour), Oswald in King Lear (The Duke of York’s Theatre), Phillip Gellburg in Broken Glass (Watford Palace), Uncle Henry in Wizard of Oz (Crucible Theatre), Dionysus in Sondheim’s The Frogs (Jermyn St. Theatre), M. Firmin in Phantom of the Opera (Her Majesty’s Theatre) and Fernando in Women on the Verge of a Nervous Breakdown (Playhouse Theatre). Michael was the first face of Endeavour for ITV, and has been a guest lead in the BBC’s Shakespeare and Hathaway, This is Dom Joly, EastEnders, A Prince Among Men and The Split.

Peter Straker plays Tabaro. He first shot to fame in 1968 when he starred as Hud in the London Production of the seminal musical Hair (Shaftesbury Theatre). He went on to appear in Tommy (Shaftesbury Theatre). The Rocky Horror Show, Blues in the Night (Donmar Warehouse) and the original Phantom of the Opera (Her Majesty’s Theatre). He has released solo albums and recordings with Freddie Mercury, as well as starring in critically acclaimed one man shows and concert appearances. Most recently he starred in Peter Straker’s Brel which enjoyed sold out performances in London. In September Straker released a new album.

Mark Cameron (Marseilles / Zorba) started his career as a stand-up comedian before becoming an actor. Theatre credits includes five productions at Park Theatre including co-writing and co-directing Whodunnit [Unrehearsed] in 2019 as well as acting in Hurling Rubble at The Moon, Rapunzel, Sleeping Beauty and Park Theatre Review. Other credits include: Mathematics of the Heart (Theatre 503) and The Game of Love and Chance (National Tour). Television credits include regular characters in Tina and Bobby (ITV), Coronation Street (ITV), Steel River Blues (ITV), EastEnders (BBC), Emmerdale (ITV) and Doctors (BBC).

Georgina Ambrey plays Muriel. Georgina is a recent graduate of Drama Centre London and made her professional debut at Theatre By The Lake, Keswick, playing Rosie in My Mother Said I Never Should and LV in The Rise and Fall of Little Voice.