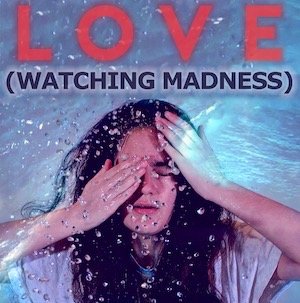 ‘My mum threw a trifle at my best friend and that’s when I first thought something was probably wrong.‘

LOVE (Watching Madness) is a fast-paced, poignant and painful celebration of mums, daughters and the strength of a child’s love in the face of tough odds. A heart wrenching and hilarious autobiographical one-woman show about the relentless journey of caring for someone who can’t always show that they care for you.

“This is a show for everyone: mums, daughters and all in between.” (EdFest Magazine)

LOVE (Watching Madness) was developed with the John Thaw Mental Health Initiative at The Actors Centre and has since been performed to sell-out audiences across London and Norwich. SpeakUp Theatre return from their award-nominated, critically acclaimed 5-star run at the Pleasance Courtyard, Edinburgh Festival Fringe.

About SpeakUp Theatre
SpeakUp Theatre is a London based all-female theatre company that explores the stories behind closed doors faced by young people: the small moments that become life-changing, the underlying issues that make us who we are, and the strength within us all. Their work is current, gritty and honest.

SpeakUp Theatre formed at the University of East Anglia in 2013. Their first show Cognitions was selected for the National Student Drama Festival in 2017 and went on to critical acclaim at the Edinburgh Festival.

LOVE (Watching Madness) was developed with The John Thaw Mental Health Season, at the Actor’s Centre. It premiered at the Drayton Arms Theatre in May 2018 and then went on to The Garage, Norwich in June. In November it returned to the Actor’s Centre for a 3 night run at the Tristan Bates Theatre to packed out audiences.