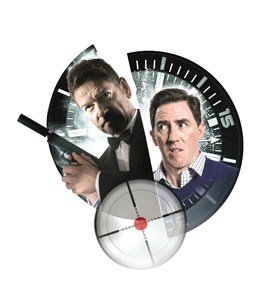 One of them is a killer… one of them wants to die… What could possibly go wrong?

Sean Foley said: “The Painkiller proved to be a very funny evening in the theatre in its first incarnation at the Lyric Theatre, Belfast. I’m delighted to have the chance to further develop this comedy with the remarkable double act of Kenneth Branagh and Rob Brydon, who, together with the brilliant Mark Hadfield, were a joy to direct in the first production. I know that they are excited as I am to also be welcoming to our cast the extraordinary talents of Claudie Blakley, Marcus Fraser and Alex Macqueen, and we will all be working as hard as possible to bring this darkly hilarious farce to explosive life for London audiences.”

Andrew Lloyd Webber’s The Phantom of the Opera has returned to its home, Her Majesty’s Theatre London. Experience the thrill of the West End’s most … END_OF_DOCUMENT_TOKEN_TO_BE_REPLACED

The full cast is announced today for the 40th Anniversary tour of Michael Frayn’s multi-award-winning farce, Noises Off, which will open at Theatre … END_OF_DOCUMENT_TOKEN_TO_BE_REPLACED

Adapted from Susan Hill’s classic book, The Woman in Black at the Fortune Theatre has been thrilling London audiences since 1989. In The Woman … END_OF_DOCUMENT_TOKEN_TO_BE_REPLACED

The producers of the multi-award-winning, critically acclaimed production of CABARET at the KIT KAT CLUB in London’s West End are thrilled to announce … END_OF_DOCUMENT_TOKEN_TO_BE_REPLACED