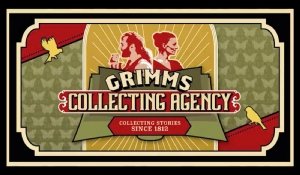 Teatro Vivo’s immersive street show has been turned into an on-line film; interviewing people across the nation about their tales of lockdown, hope and community.

Grimm’s Collecting Agency should have been on the streets of Croydon in March 2020, interviewing people and turning their stories into a show for the Croydonites festival. This had to be cancelled due to COVID-19…

BUT… They found a way to make the show on-line.

They advertised for people to be interviewed and had an amazing response from all over the country. The Grimms Siblings met people on Zoom and heard their stories about life under lock-down. They have put the whole thing together as a free online film, which can be found here:
https://www.youtube.com/watch?v=-DBEoGzTKPc

In this time of crisis there are things that can help us through: Acts of kindness, neighbourly generosity and the brilliantly ludicrous things we decide to put on Youtube after days of self-isolation.

Teatro Vivo and Croydonites want to celebrate all of these and so set the GRIMM’S COLLECTING AGENCY to work.

Collecting stories is a family business for the Grimms, handed down through the generations – ever since their great great great great grandfathers, those famous brothers, heard the one about Hansel and Gretel.

AS AN EXTRA Teatro Vivo are also offering for FREE their audio history/walking-tour/play (yes it’s all of those things) around the streets of Deptford. People have been listening along whilst following the route on their daily exercise, or for those further afield while following the route on Google Street view. It’s called ‘EVELYN’S ROOTS’ and can be found here:
http://www.teatrovivo.co.uk/evelyns-roots-audio-walk/