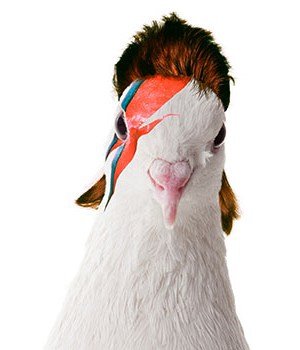 1st of August sees the opening of the 11th Camden Fringe with 250 (yes, 250!) different shows in a variety of venues around the borough. Directors Zena Barrie and Michelle Flower, in the introduction to the 70 page programme which is packed full of shows and seemingly bursting at the seams, make the modest claim that, although Camden is one of “the big kids now” it is still intimidated by big boys Edinburgh, Brighton and Buxton. I take the point as regards Edinburgh, the first and biggest fringe in the world, but Camden, which is now well-established, has earned the right to be regarded as a staple in the arts calendar and is definitely able to hold its own.

At the launch event at Dingwalls by the lock I was able to experience first hand the sheer variety of acts that can be seen throughout August as pitched by tremendously enthusiastic, knowledgeable and talented companies. There is something for everyone at the Camden Fringe: straight plays, comedy plays, new writing, stand-up, physical theatre, improv, revue, musicals, international drama, performance poetry, plays with songs, songs with plays – seemingly every imaginable dramatic form is catered for and I challenge every arts enthusiast not to find something they like in this diverse and eclectic programme.

Soft, The Moon Rose (Etcetera 8-12, 4.30pm) is an intriguing play by Jo Faith Habershon set in a house in Hampstead which is haunted by two lost souls and many buried memories: not to be missed. An American who trained as an actor in Yorkshire, Geneva Rust-Orta presents her stand-up routine Messed Up (Rabbit Hole, 3-5, 7.00pm) which features slapstick, anger and sarcasm through poetry song and story-telling: definitely a yank on fire. Firebrand Joy Carter: Spot The Difference (Camden Comedy Club 3-5, 8.00pm) is an in-yer-face comedienne who takes racism and ignorance as her themes as well as shouting out for support for adoption: “So Brilliant” says Jo Brand. Let’s Revue… with Jacobs and James (Canal Cafe 5-6, 7.30pm) sees Jenny and Matt bare all on stage (their relationship that is) in what they describe as a “cheap and lazy” musical: great fun, will wow audiences. I simply adore Bentley Browning’s comic style in Rubbish Rebel (Etcetera 21, 2.30pm). He takes on a variety of guises and you really can’t not applaud a comic whose day job is “teaching vicars how to be funny”: on Russell Howard’s radar.

Naked Frank Theatre (love the name) present their physical show Before It Starts (Camden People’s Theatre 4-7 7.15pm) which combines comedy and urban characters to deal with the awkward subject of teenage homophobia and when banter tips over into bullying – based on actual stories: witty and unapologetic. Lucky Ellen Chivers gets swiped right on Tinder by… Prince Harry. In Royal Hunter (Camden People’s Theatre 21-26, 9pm) Ellen gives us the inside track on the aftermath of this seismic event, taking on a variety of roles in her funny one woman show: I think she’s heading for The Tower. Bryan Hodgson’s new play The Fellowship (Hen & Chickens 13-19, 6.00pm) is about the lifelong friendship, started at Oxford, of C.S.Lewis and J.R.R.Tolkien. Neither would have achieved their literary heights without the other, opines, Hodgson, and producer Anita Creed says that a night of beer and frivolity led to them exploring their differing opinions of  faith, belief and mythology: the Hobbit goes to Narnia. The Parentheticals: Aside Show (Rabbit Hole 6-7, 3.00pm) is a fast-moving improvisation fest, inspired by the audience, with a troupe of nine performers: they’re brackets, director Brendan Way informs me.

Don’t get in the way of Bob Heck when he takes on his nemesis in The Heckler Vs Dangerous T (Hen & Chickens 22-23,  7.30pm, 26-28,9.00pm); sparks will fly, punches will not be pulled and one of these brash comedians may well not survive the encounter – hopefully not before the end of the run: expletives will not be deleted. Anastasia Sosis directs her own translation of Bulgakov’s play Cockroaches (The Cockpit 23-24, 7.00pm) about five refugees fleeing the Russian Cvil War in the 1920’s. Sosis sees parallels in her own country’s predicament – the civil war raging in Ukraine: thus still so relevant today. The cosily funny singer Shaun and the audaciously irrepressible Ebony Rose may seem an unlikely pairing to present a cabaret but A Showcase Of Talent by Shaun Shears and Ebony Rose Dark (The Pirate Castle 18-20, 7.00pm), with different acts alongside the hosts each night, will make you laugh, will get your foot tapping and will make you wonder: be nice to Shaun – he’ll give you a key-ring. The Austerity Games (Kentish Town Community Centre 19-21, 7.30pm) is the latest from history-based company Tell Tale Present which looks at the London Olympics of 1948 (known as the Austerity Games) with a nod bak to previous games and projecting forward to 2012. An interesting take by this innovative company: definitely heading for a gold medal.

Clare Fry’s Poverty Pawn (Lion & Unicorn 3rd, 5.00pm) is a community theatre piece devised with the company based at YMCA South West. Performer Joseph Giff tells me it’s a comedy that explores the making of a ground-breaking documentary about benefits: manipulation by TV companies? – surely not. Scarlet Productions presents Spectrum (Cecil Sharp House 9-11, 7.30pm) a series of duologues devised by Becky Hoyle who also performs. An immersive drama with music, it explores the sheer power of the mind as it tips over into madness:  innovative and thought-provoking. Hungarian director Bence Kalo and Israeli performer Adi Lev present Ya’akobi & Leidental (Etcetera 1-5, 4.30pm) by celebrated Israeli playwright Hanoch Levin – a grotesque comedy about a love triangle that can’t survive the woman with the “big behind”: company Éternels Vagabonds get to the bottom of things. Theatre Mensch presents Mary, Mary (Lion & Unicorn 20-21, 2.00pm) which explores where Frankenstein’s monster originated from in the deep, dark recesses of Mary Shelly’s mind influenced, undoubtedly, by her mother Mary Wollstonecraft’s experiences – who died one month after Mary was born but left her “Memoir” as well as a rich vein of other writing: fascinating and quite contrary. International company Horatio present the fast-moving sci-fi comedy with music Red Button (Lion & Unicorn 11-13, 6pm 14th, 5.00pm): weird and wonderful.

Prepare to shift uneasily in your seat as your embarrassing dating moments come to life on stage through Malarkey Theatre’s Awkward Topic (8-10, 6.00pm, 14th 4.00pm) written by Clare Noy: nice mix of cheese and Tinder. Circular – Strada Circolare (Lion & Unicorn 15-19, 5.00pm, 18-19, 4pm) written by Italian Anna Carfora and translated by Tim Parks who likes its “strangeness and sincerity”. The story of the relationship of an old lady and her niece who have symbolic encounters on the way to the nursing home: captivating and lyrical. Canadians Vanessa Labrie and Kathleen Glynn got together to create Cut Throat (London Irish Centre 15,20,22, 7.15pm, 16, 18-19, 9.15pm) an exploration of free speech. Trip & Guts Theatre, a company of 15, try talking without the restrictive filters to see if free speech really means free: the show was acclaimed in Montreal.

Excitement comes to The Cockpit with When Harlem Met Kenya (2nd, 9pm); set in the Harlem Renaissance with a backdrop of twenties Jazz, writer Jahmar Ngozi fizzes with life and creativity as he describes what is sure to be a memorable evening of music, dance and poetry: entertainment guaranteed. On the other hand… if you hate jazz Planet Razzamatazz (Canal Café 13th, 7.30pm, 14th 7.00pm) is for you, apparently. A funny show about pitching a musical with Elaine Wallace who also appears in her one-woman show Unleashed (Canal Café 8-10, 7.30pm): still laughing after all these years. For those interested in the John McCarthy story – is it really 25 years since his release from hostage captivity? – Paul Bridger’s drama Captive Hearts (Etcetera 8-9, 22-24, 8.30pm)  examines his  four year imprisonment with fellow hostage Brian Keenan: a story well worth hearing. Witness (Etcetera 22-25, 12pm),  written by Philip Hawthorne and set in a care home, explores where cultural differences raise their heads over attitudes to sex, religion and marriage between the Moslem woman and gay man: adults only.

And the incorrigible Shook Up Shakespeare appear at the Phoenix Artist Club with As You (Might) Like It: Holiday Humour (22-23, 6pm)  to delight audiences with their usual blend of witty shenanigans and much verbal jousting: there’ll be party bags!

Camden is coming alive in August and the Fringe is definitely the place to be.

The multi-award-winning musical Come From Away, which celebrated its 1000th performance in the West End last night, Monday 28th November, announces … END_OF_DOCUMENT_TOKEN_TO_BE_REPLACED

The UK and Ireland Tour of Disney’s The Lion King will welcome 12 new members to its cast of over 50 actors, singers and dancers this winter. The … END_OF_DOCUMENT_TOKEN_TO_BE_REPLACED

The full cast has been announced for ONCE – IN CONCERT at the London Palladium on Sunday 12 March (at 3pm and 7pm). ONCE - IN CONCERT, which went on … END_OF_DOCUMENT_TOKEN_TO_BE_REPLACED

Agatha Christie’s iconic thriller, The Mousetrap, the longest-running play in the world, marks its 70th anniversary today by announcing that the show … END_OF_DOCUMENT_TOKEN_TO_BE_REPLACED