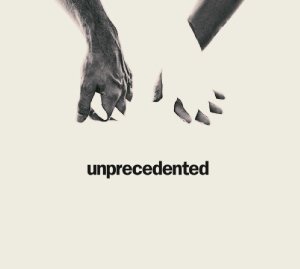 Award-winning theatre company Headlong, in association with the BAFTA winning Century Films, have today announced a new creative response to the current global crisis, Unprecedented: Real Time Theatre From a State of Isolation.

Written by celebrated playwrights, curated and directed by Headlong and Century Films and performed by a cast of over twenty UK actors, Unprecedented is a series of short digital plays exploring our rapidly evolving world. The plays will respond to how our understanding and experiences of community, education, work, relationships, family, culture, climate and capitalism are evolving on an unprecedented scale. The series will ask how we got here and what the enduring legacy of this historic episode might be. Further details will be announced shortly.

Using digital conferencing technology, and combining live and pre-recorded material, these intimate new plays will give an immediate insight into this unprecedented communal experience. Working closely with several directors and a team of freelance creatives, Headlong and Century Films will publish the series online in April for audiences to stream directly from their homes.

Jeremy Herrin, Artistic Director / CEO, Headlong says: “At Headlong, we’ve been trying to process the disruption and, like many of us in the theatre industry, we have been trying to cope with the closure of shows, and the challenges facing future productions.

In these uncertain times we want to engage with our family of artists: our playwrights, directors and actors and other creatives, and provide them with a platform to share their insight, wisdom, humour, anger, fear and optimism or whatever else they’ve got at this pivotal moment. Theatre is a way of processing contradictions meaningfully, and I hope that this project will help artists and audiences alike find connection and meaning in their isolation, and provide an uplifting and perhaps inspiring diversion”

Holly Race Roughan, Associate Artistic Director, Headlong says: “In this extraordinary time, we at Headlong are humbled to be collaborating with some of the country’s most imaginative writers to process what is happening to us and around us in real-time. Playwrights from all generations and backgrounds are urgently responding to the crisis to help us and our audiences make sense of our world transformed. We will be rehearsing digitally and streaming directly to homes in isolation around the world. Our quest is to connect a population in isolation through a series of short dramas.”

Brian Hill, Managing Director, Century Films says: “I’m very excited to be working with the team at Headlong and to show how a collaboration of storytellers from the worlds of theatre, film and television can produce brilliant work that addresses the current crisis.”

Headlong and Century Films have today announced a cast of over 50 UK actors taking part in Unprecedented: Theatre from the State of Isolation. A series of new digital plays written in response to the current Covid-19 Pandemic, Unprecedented will be broadcast across the nation during lockdown as part of BBC Arts’ Culture in Quarantine initiative.

Written by celebrated playwrights and curated by Headlong, Century Films and BBC Arts, Unprecedented explores our rapidly evolving world, responding to how our understanding and experiences of community, education, work, relationships, family, culture, climate and capitalism are evolving on an unprecedented scale. The series will ask how we got here and what the enduring legacy of this historic episode might be.

The cast for Unprecedented includes;

Paul Chahidi (This Country; The Death of Stalin),

Kathryn Hunter (Timon of Athens; Harry Potter and the Order of the Phoenix),

Geraldine James (Back To Life; 45 Years),

Lennie James (The Walking Dead; Save Me),

Laurie Kynaston (The Son; How to Build a Girl),

Alex Lawther (The End of the F***ing World; Howards End),

Golda Rosheuvel (Lady Macbeth; A Pacifist’s Guide to the War on Cancer),

Gyuri Sarossy (The Absence of War; The Two Noble Kinsmen),

Stuart Thompson (A Taste of Honey),

Amy Trigg (The Taming of the Shrew; Measure For Measure),

Dickon Tyrell (Labour of Love; Anatomy of a Suicide),

They will join the previously announced directors and playwrights working on the project.

Unprecedented: Real Time Theatre From a State of Isolation is the latest digital project from Headlong. Previous projects have included two series of short films produced in partnership with the Guardian, Europeans: Dramas from a Divided Union (2020), and Brexit Shorts (2017).

Find out more at:
https://headlong.co.uk/