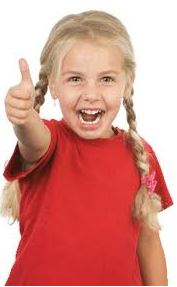 In one of my blogs a few weeks back, I mentioned an incident that occurred during a trip to see Love Never Dies, in which a fellow theatre-goer criticized the fact that my young daughter was in attendance by remarking that ‘children shouldn’t be allowed at the theatre’. This man is hardly alone in his thinking; I have heard stories of other such incidents in other theatres. I find such small-mindedness truly unbelievable – where do these people think the next generation of theatre-goers are going to come from? It’s so important to breed a love of theatre in new audiences if the industry is going to continue to thrive in future years. So on that note, I’m going to share with you the experience my daughter had at the theatre last night for her seventh birthday and show exactly why children (perhaps more than anyone else) should not only be allowed, but actively encouraged to come to the theatre.

My daughter has seen three West End musicals: Love Never Dies; Shrek and The Wizard of Oz, and she has loved every one of them, particularly Love Never Dies. Last night, that total went up to four when I took her along to see Les Miserables. After her last theatre trip, I promised her tickets to the show of her choice for her birthday and she wanted Les Mis. She has sat with me at home and watched the DVD of the O2 25th Anniversary concert a few times now and she fell in love with it right from that very first scene. She picked out her favourite character (Javert) and learnt, if not all, a good chunk of his role and would start up discussions with me on why this character did that and so forth. She laughed, she cried, she sang…she loved.

I surprised her with the tickets after school. When she saw that thin, little envelope, the look on her face said it all – “Is this it?” After finding the tickets inside and reading the show’s name on them, I broke the news that we were going to Les Miserables – and we were going that night. The next five minutes were spent with her running and jumping about the playground screaming, “Yes! Yes! I’m going to see Les Miserables!” at the top of her voice, much to the amusement of the other parents. I don’t think I’ve ever been hugged that hard and she had a smile on her face like a Cheshire cat.

Once it did, she was absolutely gripped for the entire show. From the moment those first few bars of music bellowed out, right up to the last curtain call, she was lost in the world of Nineteenth Century France. She was captivated by ‘Valjean’ and ‘The Thernadiers’ had her in fits of giggles, but she was utterly in awe of her ‘Javert’, her little hands would start waggling in excitement every time he entered on stage. Les Mis is an interesting one to bring a seven year old along to though as it has its moments where it is right on the cusp of suitability. Every time she heard a swear word, she would turn to look at me with a huge grin and I also had to think very carefully how to explain who the ‘lovely ladies’ were and what ‘Fantine’ was doing… It was lovely to catch her mouthing the words to the songs numerous times and every now and again, she would reach out to hug or kiss me and whisper, “Thank you so much for bringing me!”

At the curtain call, she was straight up on her feet, clapping and cheering and her face was a picture when Hadley sent a little wave our way (“He saw me! Javert waved at me!”).

I’m not one for stage-dooring; the only exceptions are when saying hi to friends in the show or if my daughter wants to go – on this occasion, both happened to be true, so we popped back there for a bit. She had her little autograph book in hand, which she is very proud of, ready to add to her collection. She had a blast meeting some of the cast and telling them how much she’d loved Les Miserables. She had a lovely chat with Jon Williams and his wife Kelly-Anne too, both of whom I’ve had the pleasure of getting to know through the CD recording of My Land’s Shore. Jon, as I’ve said before, is a fantastic Valjean – I specifically booked the Monday so she could see him perform. Being a ‘Javert’ fan, she was thrilled to meet Hadley, even telling him that she knows his part and could do it for him the next time he’s ill. He’s promised to call…

She didn’t stop talking about the show until the night’s excitement caught up with her and she fell asleep. She already wants to see it again after declaring that it has now topped Love Never Dies as her favourite show.

Every time I’ve taken her to the theatre, her complete delight in the experience has spread to the surrounding audience members. She never disrupts the show or the audience and we’ve often got into conversation with the people next to or behind us during the interval as they can’t help but smile at her youthful joy of it. That untainted joy is what I find to be the best part of sharing the theatre experience with her. She may only be seven years old, but she has the wonderful ability to get swept up in the story and the music and performances; I’ve had her sobbing in my arms at Christine’s death in Love Never Dies. She doesn’t sit there fidgeting in her seat for a couple of hours; she will step into that show’s world and live it for that time.

I have no doubt that she will enjoy a life-long love of theatre as it’s in her blood now and I honestly believe that it has enriched her as a person. She has such maturity for her age and a fertile imagination, not to mention a great sense of empathy and understanding. In years to come, it will be children like her that fill the theatres, either in the audience or even upon that stage. It was a school trip to see The Phantom of the Opera that inspired Ramin Karimloo to pursue an acting career after all. The leading man/lady of the future could be sat in the audience at a musical or play with their parents right now, dreaming of a time when they can do it too.

Getting young people involved in the world of theatre is vital and should never be discouraged, as it is by some short-sighted and ignorant people. If you love the theatre, then you should want to see children there as it’s them who will keep that world alive for future generations to experience and enjoy. It’s why we have the family shows playing and events like ‘Kids Week’ running. I couldn’t be prouder of my daughter and I’ll continue to take her to the theatre as much as possible. So if you ever see a child at a show, don’t sigh and roll your eyes in irritation; instead, smile and be thankful – in their hands, the future of theatre is safe.

Regent’s Park Open Air Theatre have today confirmed the casting for the title roles in Romeo and Juliet, which opens the 2021 season on Thursday 17 … END_OF_DOCUMENT_TOKEN_TO_BE_REPLACED

Andrew Lloyd Webber’s The Phantom of the Opera returns to its home, Her Majesty’s Theatre London, from 27th July. Experience the thrill of the West … END_OF_DOCUMENT_TOKEN_TO_BE_REPLACED