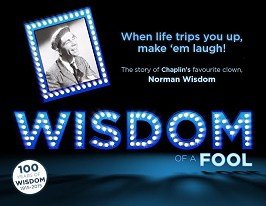 Norman Wisdom entertained the world for over six decades. But growing up was tough for Chaplin’s favourite clown. In this new play, written by Martyn Bell and Jack Lane, WISDOM OF A FOOL takes you behind the cheeky character and ill-fitting suit, to show the life and early career of one of the most talented performers this country has ever produced.

Marking Norman Wisdom’s 100th year, the World Premiere of WISDOM OF A FOOL will take place this September at The Capitol, Horsham. Producer James Drury said “I am delighted to be working Producer James Drury said “I am delighted to be working closely with the Capitol to be bringing this new play to the area of Horsham for its premiere, before we hopefully take it on the road next year! Martin and Jack have written such a moving piece that will be so much more than Norman’s trademark trips and laughs. We really get to meet who the real man was. We are very lucky to have the blessing of his two children, Nick and Jaqui, to bring the life of their father to the stage. I hope that it will remind everyone what a star he was and still is!” 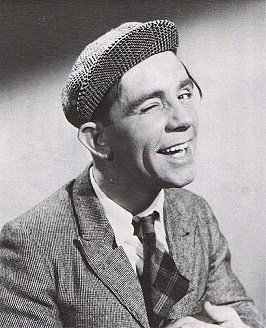 Casting and additional creatives information to be announced in due course. Martyn Bell wrote and performed in his own play Double Act, which centred on the career and lives of a long-running comedy due. It premiered at Surgeons Hall as part of the Edinburgh Fringe Festival in 2011. It ran for the full festival garnering positive reviews and notices for script writing and performance. In 2012 it was adapted for Spark FM radio and renamed Stick to the Act.

Jack Lane founded Engine Shed Theatre Company in 2010 and went on to coadapt three episodes and two Christmas specials of the classic BBC sitcom, Steptoe and Son which met with approval from the original writers Ray Galton and Alan Simpson. Jack took on the role of Albert Steptoe whilst co-producing and designing both productions. He is currently Executive Director at Ships in the Night.

James DP Drury co-produced the critically acclaimed concert Cool Rider Live last year at both the Lyric Theatre and the Duchess Theatre. He is also one of the main organisers for the annual Les Mis V Phantom charity football matches, which over the last 3 years has raised over £54,500 for several charities. This year’s match details will be announced soon.