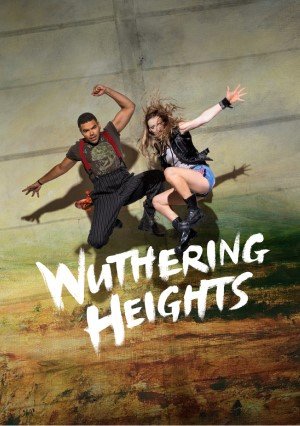 The production opens at Bristol Old Vic on 20 October, with previews from 11 October, and runs until 6 November, with live-streamed performances 3 – 6 November. It then transfers to York Theatre Royal, 9 – 20 November, and runs at the National Theatre in February and March 2022 (exact dates TBA) before touring to Cornwall and Norwich, in addition to the previously announced dates in Salford, Nottingham, Sunderland and Edinburgh.

The Yorkshire moors tell an epic story of love, revenge and redemption.

Rescued from the Liverpool docks as a child, Heathcliff is adopted by the Earnshaws and taken to live at Wuthering Heights. He finds a kindred spirit in Catherine Earnshaw and a fierce love ignites. When forced apart, a brutal chain of events is unleashed.

Shot through with music, dance, passion and hope, Emma Rice transforms Emily Brontë’s masterpiece into a powerful and uniquely theatrical experience. Lucy McCormick leads the company of performers and musicians in this intoxicating revenge tragedy for our time.

“I am Heathcliff! Whatever our souls are made of, his and mine are the same.”
With set and costume design by Vicki Mortimer; sound and video by Simon Baker; composition by Ian Ross; movement and choreography by Etta Murfitt; lighting design by Jai Morjaria.

TJ Holmes plays Robert. His theatre credits include One Man, Two Guvnors (UK tour), The Hired Man, Love, Lies and Lust (Queen’s Theatre Hornchurch), Mother Courage (Leeds Playhouse), Two Gentleman of Verona (Shakespeare’s Globe/Liverpool Everyman), La Strada (The Other Palace), Hansel and Gretel (Kneehigh), The BFG, I Was A Rat (Birmingham Rep), The Jungle Book, The Threepenny Opera (UK tour), Spend Spend Spend!, Some Like It Hotter (The Watermill Theatre), As You Like It (Curve), Cider with Rosie, Merchant of Venice (Theatre Royal Bury St Edmunds) and What To Do When You Find A Dinosaur (Oxford Playhouse).

Jordan Laviniere plays Servant. His theatre credits include All That (King’s Head Theatre), Everybody’s Talking About Jamie (Apollo Theatre), Bugsy Malone (Lyric Hammersmith), The Life (The English Theatre, Frankfurt) and We Will Rock You (European tour).

Emma Rice is the proud and excited Artistic Director of her company, Wise Children. She adapted and directed the company’s Bagdad Cafe (The Old Vic) Angela Carter’s Wise Children (The Old Vic/UK tour) and Enid Blyton’s Malory Towers (Bristol Passenger Shed/UK tour). For the ENO she directed Orpheus in the Underworld. As Artistic Director of Shakespeare’s Globe (2016/18), she directed Romantics Anonymous, Twelfth Night, A Midsummer Night’s Dream and The Little Matchgirl (and Other Happier Tales). For the previous 20 years, she worked for Kneehigh as an actor, director and Artistic Director. Her productions for Kneehigh include The Flying Lovers of Vitebsk, Tristan & Yseult, 946: The Amazing Story of Adolphus Tips, The Wild Bride, The Red Shoes, The Wooden Frock, The Bacchae, Cymbeline (in association with RSC), A Matter of Life and Death (in association with National Theatre), Rapunzel (in association with Battersea Arts Centre), Brief Encounter (in association with David Pugh and Dafydd Rogers Productions), Don John (in association with the RSC and Bristol Old Vic), Wah! Wah! Girls (in association with Sadler’s Wells and Theatre Royal Stratford East for World Stages), and Steptoe and Son. Other work includes the West End production of The Umbrellas of Cherbourg, Oedipussy (Spymonkey), The Empress (RSC), and An Audience with Meow Meow (Berkeley Repertory Theatre). In 2019 Rice received the UK Theatre Award for Outstanding Contribution to British Theatre.

ABOUT WISE CHILDREN
Created and led by Emma Rice, Wise Children launched in April 2018 and is an Arts Council England National Portfolio Organisation. Based in Bristol, we make ground-breaking work with exceptional artists, and tour across the world. In the dark days of 2020, we led the field in livestreaming, becoming the first UK company to broadcast a full staged production, without social distancing, from a UK theatre after lockdown. Alongside our shows, we run a unique professional development programme, The School for Wise Children, training a new and more diverse generation of theatre practitioners.

The Walt Disney Company UK and Ireland has today announced the full cast for the UK and Ireland tour of the landmark musical THE LION KING, including … END_OF_DOCUMENT_TOKEN_TO_BE_REPLACED

A young Jewish physicist and an activist poet meet at a party and fall in love. As society splinters around them, the couple’s struggle to survive … END_OF_DOCUMENT_TOKEN_TO_BE_REPLACED