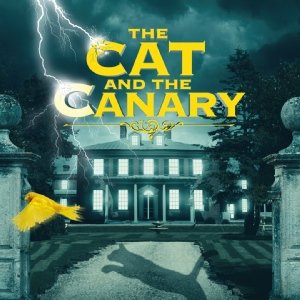 Building on the phenomenal decade-long success of The Agatha Christie Theatre Company, Bill Kenwright’s Classic Thriller Theatre Company (Rehearsal For Murder, Judgement in Stone, The Case of the Frightened Lady and The Lady Vanishes), returns with their latest chilling whodunit, the creepy comedy thriller The Cat and the Canary.

This new adaptation of the murder mystery by John Willard, which inspired three classic movies starring the likes of Bob Hope, Paulette Goddard, Edward Fox, Honor Blackman and Olivia Hussey, will embark on a nationwide tour from January 2020.

Heading the cast of The Cat and the Canary is silver screen and Bond-girl legend Britt Ekland, whose numerous films include The Man with The Golden Gun with Roger Moore, The Wicker Man with Christopher Lee, and Get Carter with Michael Caine.

Britt stars alongside Mark Jordon, who played the much-loved PC Phil Bellamy in Heartbeat for over 16 years and more recently Daz Spencer in Emmerdale, and Tracy Shaw, best known for her long-running role as Maxine Peake in Coronation Street. They are joined by West End leading lady Marti Webb, whose credits include Evita and Tell Me On A Sunday; Gary Webster, who played Gary Costello in Family Affairs and Ray Daley opposite George Cole in ITV’s Minder; Classic Thriller Theatre Company veteran Ben Nealon, who played Lt. Forsythe in the drama series Soldier Soldier, Nikki Patel, known as Amber Kalirai in Coronation Street, and Eric Carte, who played Geoff Roberts in two series of Bouquet of Barbed Wire.

The cast is completed by Joe Reisig, Jack Taylor and Briony Rawle.

Twenty years after the death of Mr. West, his descendants gather at a remote mansion to learn who will inherit his vast wealth and the hidden family jewels.

When the heir is revealed, the heritage hunters turn into prey and a chain of macabre events is set in motion; walls crack open, shadows loom and dark secrets are revealed. Will the heirs dare to face the haunting presence toying with them?

When the cat prowls, the flock takes fright…

The Cat and The Canary is director Roy Marsden’s fifth Classic Thriller Theatre Company production. Other credits include the West End premieres of Agatha Christie’s A Daughter’s a Daughter at the Trafalgar Studios and Noël Coward’s Volcano at the Vaudeville Theatre. As an actor, he is well-known to television audiences as Inspector Dalgliesh in the long-running P.D. James series.

Adaptor Carl Grose is co-artistic director of Kneehigh Theatre. His numerous plays and adaptations include book and lyrics for The Grinning Man, which Tom Morris directed at the Trafalgar Studios in 2017.

Designer takis’s diverse international credits include In the Heights, Gifford’s Circus and the Royal Opera.

Lighting Designer Chris Davey’s work includes Witness for the Prosecution at London’s County Hall and Touching the Void at the Duke of York’s Theatre.

Dan Samson is resident Sound Designer for The Classic Thriller Theatre Company. West End credits include Heathers at the Theatre Royal Haymarket and Evita at the Dominion Theatre.

Further dates and venues to be announced.